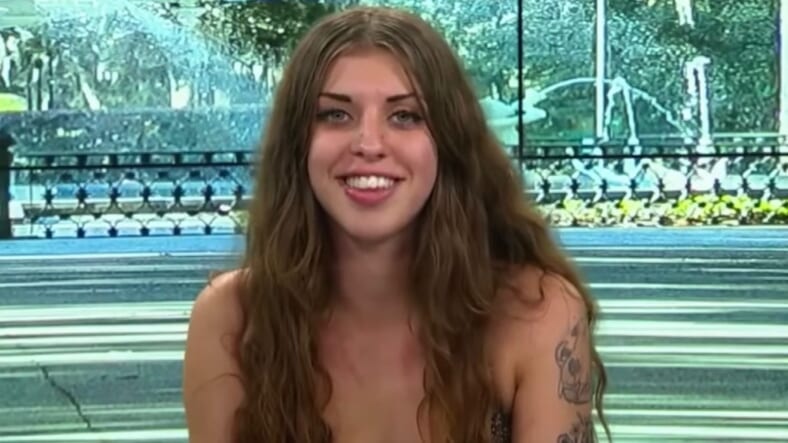 A 21-year-old waitress in Savannah, Georgia, has become a local hero after footage of her body slamming a touchy customer went viral.

Emelia Holden told People that she had just finished taking an order when she felt a hand grabbing her butt.

“When I felt that happen, my first thought was that it was one of my friends … it was a really intimate touch,” she said. “His hand went further than it should have so I was thinking, ‘There’s no way a stranger just did that.'”

Upon realizing she was being sexually harassed, instincts kicked in. She grabbed the man, Ryan Cherwinski, by the collar and then slammed him into a counter, which was all recorded by security camera.

“I looked at him and I said, ‘You don’t touch me, motherfucker!'” she added. “I didn’t even think, I just reacted. I don’t know how I reacted the way I did. I’ve never done that before.”

Police were quickly called, and the man was arrested and charged with sexual battery.

“The guy claimed that he was just trying to push me out of the way and, ‘Oh, I barely touched you.’ Once the police saw the video, they immediately arrested him. There was no doubt that he did it,” Holden said.

Holden claims that customers gave her high fives after her brutal takedown, and she is now delighting in the support she has received.

“I’m not glad that it happened, but I’m glad that it’s had such a positive outcome,” Holden told People.

“I’m glad that other women can see this and know that you can stand up for yourself. You also have the right to wear whatever you want without having to worry about being groped,” she added.

“It’s nice to know that I have empowered other women.”