“I am looking forward to having a sexual relationship.” 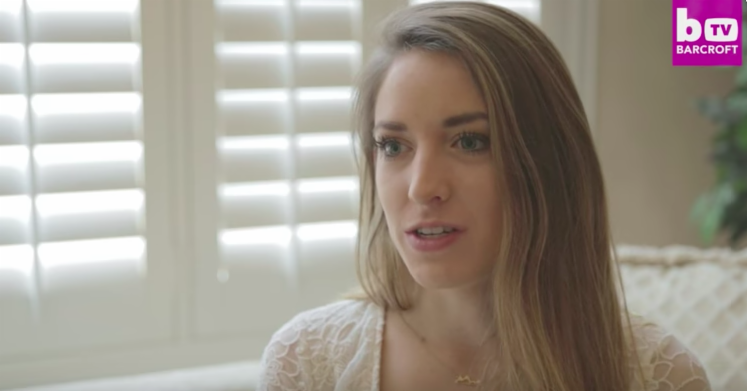 Twenty-three-year-old Kaylee Moats from Arizona has Mayer Rokitansky Küster Hauser syndrome (say that three times fast), which means she doesn’t have a vagina… or a cervix, or a uterus. Basically, she doesn’t have anything a “normal” woman has down there.

Actually, let me elaborate: She does have a box, and it looks normal from the outside, but it doesn’t lead anywhere. Like a decoy vagina.

As you can imagine, not having lady parts really sucks, which is why her family has launched a crowdfunding campaign to raise money for surgery that would craft her a working vag, thereby allowing her to have sex with her boo of four months, Robbie.

“I met Robbie in my senior year of college when I was working at the front desk. He thought I was cute so he came up to me and we started talking,” she told the Daily Mail.

“It took about a month for me to tell him that I have MRKH. He was confused at first but supportive and said that it doesn’t change how he sees me.

“He doesn’t really focus on the sexual side of our relationship because we can’t do anything since I don’t have a vaginal opening,” she said. “But I am looking forward to having a sexual relationship. I’m not sure if I want to wait until marriage, but I think having that option there is a lot more comforting.

“I’m a bit nervous to have sex for the first time after surgery because I’m not sure if something is going to go wrong down there or if it’s going to hurt,” she said.

In two months, Moats has raised over $21,000 of her $15K goal, so it looks like she will finally get the vagina of her dreams. Hooray!

“The fact that insurance considers this a cosmetic or a gender surgery really upsets me. I have all the correct chromosomes of a woman so it’s not a gender or cosmetic thing because it’s not what’s outside that is different. I can’t see inside what is wrong with me.”