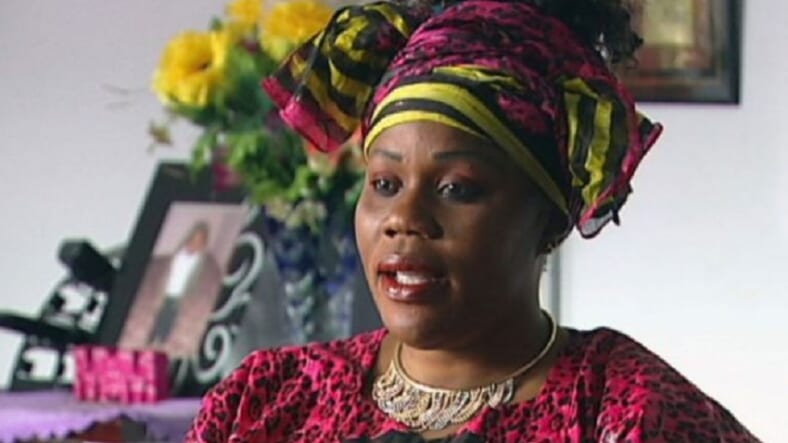 It’s rare enough someone gets to show up at their own funeral. Rarer still was Noela Rukundo’s experience: she was able to confront her husband Balenga Kalala, who thought he’d had her killed.

According to the Washington Post, Rukundo waited for guests to depart following the conclusion of her funeral service in Australia before emerging from a hidden car and confronting her husband.

Rukundo and Kalala met in Australia, reported the BBC, both African immigrants seeking a new life in Melbourne. Before her fateful trip back to her native Burundi and an encounter with some strangely principled assassins, Rukundo had three children with Kalala, making her a mother to eight. She returned to Burundi to bury her stepmother, and that’s when her nightmare began.

Kalala called from Australia and suggested she exit her hotel, and she was almost immediately kidnapped. Gunmen took Rukundo to another location, and there she discovered the truth:

After that the boss says, ‘You are very stupid, you are fool. Let me call who has paid us to kill you.’“The gang’s leader made the call.“We already have her,” he triumphantly told his paymaster.The phone was put on loudspeaker for Noela to hear the reply.Her husband’s voice said: “Kill her.”

Rukundo was told the assassins would not kill women or children. They did extort a little more money for her before finally letting her go.

By the time Noela Rukundo made what ended up being a difficult journey back to Melbourne, Balenga Kalala had informed their community she was dead and set up a memorial.

His wife confronted him outside their house, reported the BBC, and Kalala’s response was complete shock followed by immediate remorse. According to Rukundo, Kalala “said, ‘Noela, is it you?’… Then he start screaming, ‘I’m sorry for everything.'”

In December 2015, Kalala pleaded guilty to “incitement to murder.” He will spend nine years behind bars.

Rukundo is picking up the pieces. “I will stand up like a strong woman,” she told the BBC, “My situation, my past life? That is gone.”