Write what you know. 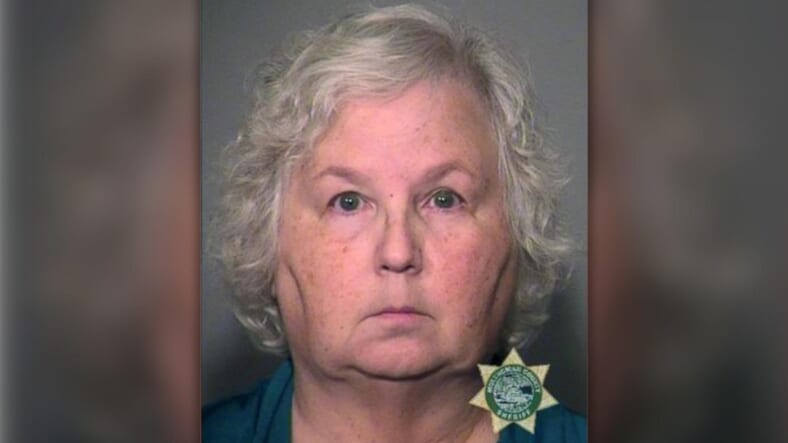 This is like a grim reboot of the long-running Angela Lansbury TV show, Murder, She Wrote. Only this time the writer in question isn’t solving murders—police in Portland, Oregon allege she actually committed murder.

Self-published romance novelist Nancy Crampton-Brophy has been charged with killing her husband, Chef Daniel Brophy. That she wrote a supposedly tongue-in-cheek essay in 2011 titled “How to Murder Your Husband” will not help her case at all.

Daniel Brophy was found shot to death inside the Oregon Culinary Institute on June 2, 2018, reports the Washington Post. Initially police were stumped, and they had very little evidence to go on—few eyewitnesses or any obvious motive.

As is often the case, they concluded the spouse did it. Crampton-Brophy was arrested Sept. 5th.

The Post reported Wednesday on Crampton-Brophy’s 2011 blog post for the now-private blog, See Jane Publish. While an apparently tongue-in-cheek essay is no indication of guilt, there’s no doubt that reading Crampton-Brophy’s words in light of her arrest is, well, freaky. First, her list of motivations for offing an unfortunate husband:

1) Financial (this is big): Divorce is expensive, and do you really want to split your possessions? Or if you married for money, aren’t you entitled to all of it? The draw back is the police aren’t stupid. They are looking at you first. So you have to be organized, ruthless and very clever. Husbands have disappeared from cruise ships before. Why not yours?2) Lying, cheating bastard (deception of any sort): This is a crime of passion. In anger, you bash his head in or stab him with a kitchen knife. Most of the time there is a trail that leads directly to you. Each type of murder leaves clues. A crime of passion does not look like a stranger was involved. And who is left to clean the blood from your carpeting?3) Fell in love with someone else (usually financial is also involved here): Let’s say your Church frowns on divorce. You need to be a widow so you won’t fall out of favor with your religion. At this point, I should mention that it helps if you aren’t too burdened by the 10 commandments.4) Abuser: This one is tough. Anybody can claim abuse. What is abuse? To a teenager, it might look different than to a spouse. As a motivation, this reason usually comes up after you’ve been arrested. Not a lot of abused wives dial 911 upon burning down the house with their husband in it.5) It’s your profession: Now we’re talking. You already possess both skill and knowledge. You have the moral ambiguity necessary to carry it off. Quick hit and you fade from the scene. Get your payment upfront from someone else, because life insurance probably won’t send a check.

After that, she lists methods of murder. The first is especially messed-up considering Daniel Brophy was shot to death:

Guns – loud, messy, require some skill. If it takes 10 shots for the sucker to die, either you have terrible aim or he’s on drugs.Knives – really personal and close up. Blood everywhere. Eww.Garrote – how much upper body strength does it require to strangle a person?Random heavy piece of equipment – usually this involves hitting someone hard with the baseball bat or the pipe wrench you just happen to have in your hand.Poison – considered a woman’s weapon. Arsenic is easy to obtain, worse, easy to trace. It takes a month or two to kill someone. Plus, they are sick the entire time. Who wants to hang out with a sick husband? Knowledge of pharmaceuticals would be handy. Availability would be even better. A word of caution, watch out for poisons found in nature. They are not a sure thing. Too little? Too much? Your mother always told you to marry a doctor. Now you know why.Hiring a hit man – Do you know a hit man? Neither do I. And an amazing number of hit men rat you out to the police. Or blackmail you later.Hiring a lover – Never a good idea. The husband dies, and the wife gets the money. The lover doesn’t always win in this scenario. Sometimes he, too, finds himself facing a loaded gun.

You have to admit that whether Crampton-Brophy is guilty or innocent, she put a lot of thought into best methods for murdering a hypothetical husband.

The takeaway from this is pretty obvious. If you’re actually planning to one day kill someone, don’t write a blog post about why and how you’d do it.

Romance author, Nancy L. Crampton-Brophy, 68, charged in shooting death of chef husband who was fatally shot in the kitchen of the Oregon culinary school https://t.co/QJ8uZQtSgX pic.twitter.com/NMbe4W8sBc

Even if you’re innocent of some future crime, it’s damn sure gonna work against your best interests in court.