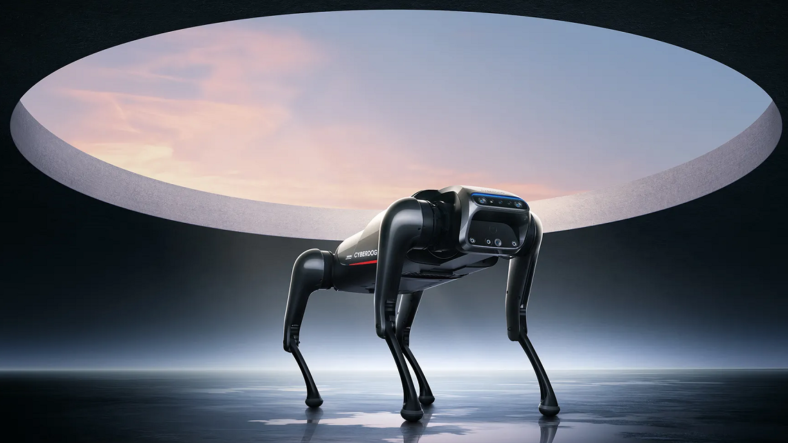 Are the robots taking over? Nah, not yet. But Boston Dynamics’ already-iconic quadrupedal robot known as “Spot” has–inevitably–inspired at least one direct imitation intended for commercial, consumer use in Chinese tech company Xiaomi‘s (of go-kart-sized Lamborghini fame) new Cyberdog. So even if the robots haven’t taken over, there may be more of them in homes everywhere soon.

As seen in the intro video above, Cyberdog is similar to Spot in appearance, but it’s smaller, and depending on your perspective either cuter or perhaps kind of intimidating.

Interesting as Cyberdog is, The Verge notes that it’s also confusing:

It’s not clear what purpose Xiaomi envisions for CyberDog. In a press release, the company stressed the open-source nature of the machine’s design and that it would release only 1,000 units initially for “Xiaomi Fans, engineers, and robotic enthusiasts.” The company says it hopes these first users will “propel the development and potential of quadruped robots” and is pricing the robot to sell.

It does seem that Cyberdog is intended for use as a pet more than anything–Xiaomi referenced its “pet-like” qualities in the press release referenced above. And while it may not move with the downright eerie fluidity of a Spot, it definitely appears far more versatile than any previous robot dog, like Tekno, a robot puppy launched in 2000 that underwhelmed a generation of Gen Z kids.

Xiaomi claims, in fact, that Cyberdog is nimble enough to do acrobatics–backflips, for example–has a decent trotting speed that roughly matches a human gait, and will respond to voice commands. It is equipped with a wide-angle lens for full visual acuity and has touch sensors and GPS capability that will allow it near the same level of autonomy as a flesh-and-blood pooch.

Xiaomi clearly hopes that by treating the evolution of its Cyberdog as an open-source project, allowing each new owner to add functionality through software and combinations of commands, it will increase the tech pet’s marketability and popularity.

Given that it will sell for $1,540 or so when available to the public–as opposed to Spot’s $75,000-plus price tag–it will be a very expensive toy, but one that may well have more of a future than Tekno ever did.

As long as it doesn’t learn to think for itself. That never works out well.