But Julz may have forgotten her bra in the process. 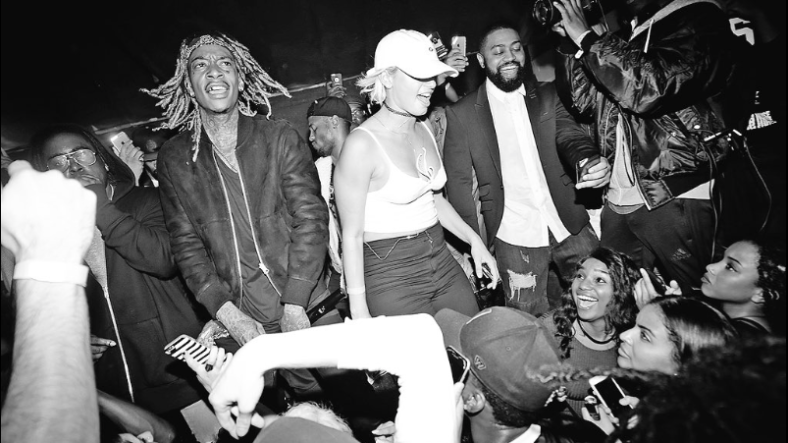 YesJulz knows parties. She shuts it down in Miami every week with her no frills FDR Mondays, killed it with a lit lineup of events for last year’s Art Basel and routinely is brought on to spice things up by brands like Sprite, Beats and more. But this week, the blonde bombshell pulled up stakes and took it all to Los Angeles.

While in town to meet with the “top secret” — ok it wasn’t so secret once she shared it all with her fans that number in the tens of thousands on Snapchat — Black Ops team for Apple’s Beats, the Miami resident pulled off a blow out party she dubbed 1AM. After a fit of inspiration less than seven days prior on Twitter, the 25-year-old brought together an event that featured everyone from Lil Uzi to Wiz Khalifa.

Hours before the event, it was already sold out even though this was Julz’s first on the West Coast. To placate fans that couldn’t get a ticket online she offered 30 on a first come, first serve basis at the door. And while high demand is ideal, there may have been too much. Twitter recounts the tale of confirmed attendees waiting for hours outside. The agency is in the process of refunding those guests in addition to putting them in VIP for the stunner’s next LA bash.

Putting on an event of this magnitude can be hectic, dizzying even. Especially if you’re trying to do it around a week already packed with meetings with another project. It’s easy for the small things—like wearing a bra—to fall through the cracks. But if we’re being honest, there are no complaints here.

Friend and rapper Lil Uzi performed a set as did Wiz Khalifa. For Khalifa’s turn at the mic, the artist previewed songs from his album, expected out January 22, KHALIFA. In particular, he performed “Bake Sale,” which features Travis Scott.