The 10 Coolest Cars From The Geneva Motor Show, Ranked 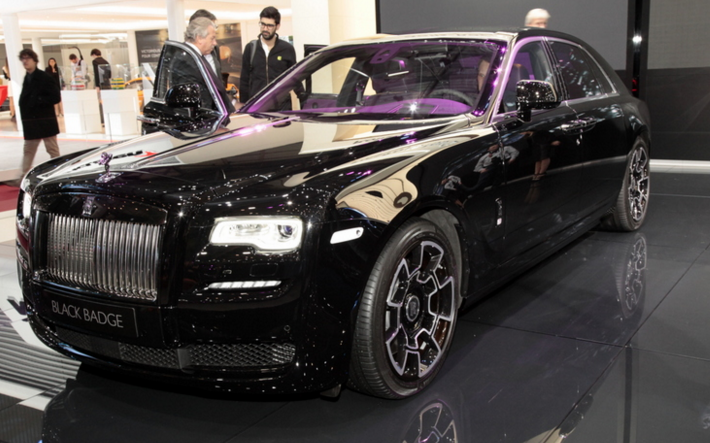 The Geneva Motor Show, which runs through March 13, is Europe’s premier annual celebration of the wildest new supercars on the planet, along with stunning prestige rides and even a smattering of everyday drives for regular folks. But it’s the high-end beauties that understandably draw all the attention, and we’ve whittled down the revved-up roster to our top ten favorites from this year’s extravaganza.

Rolls-Royce has recognized the emergence of new sources of customers with the money to afford its incredible masterpieces. Such drivers don’t want to drape a cardigan over their shoulders while driving to lunch at the country club, and they don’t want staid luxury cars. So the badass Black Badge darkened the trim on the Ghost and Wraith and turned up the performance to appeal to younger drivers.

Lamborghini wanted to commemorate the hundredth anniversary of founder Ferruccio Lamborghini’s birth, so it sketched out this crazy limited production supercar called the Centenario. All 40 of the cars were ordered in advance, which may be good, because what looks merely outrageous in pictures becomes borderline ridiculous in person. Details like the chromed wheels pushed the car in the direction of tuner cars from high-end boutiques like Mansory.

All-weather wagons have never been hotter. Their popularity has driven the likes of Jaguar and Bentley to introduce SUVs, and now Maserati has debuted its own cash cow. The legendary Italian marque pledges to continue selling sports cars worth of the Maserati name, but to pay for their development, the company will follow Porsche’s lead and sell SUVs to upscale soccer moms.

The classic Morgan three-wheeler mounts a motorcycle engine right up front between the wheels at the leading edge of its 19-century wood frame. How does such a company bring the design into the 21 century? By replacing its internal combustion engine with an electric drivetrain. Don’t look for speed because 60 mph takes nine seconds and top speed is 90 mph and driving range is 150 mph. Notice the sweet brass cooling fins up front.

Auto enthusiasts just want cars that are fast and fun to drive. The Corvette Grand Sport more than meets that desire, marrying the incredible race-ready suspension and brakes from the costly Z06 to the cost-effective 460-horsepower powertrain of the Stingray. The Grand Sport is a maximum fun/minimum cost miracle.

Porsche established its reputation by delivering pure driving machines, but too often lately, much of the driver involvement those cars cultivated has been lost among computerized driver aids and automatic transmissions. The new 911R represents a return to the values that made Porsche great, delivering, like the Corvette Grand Sport, an authentic driving experience rather than a computer simulation of one.

The internet anxiously awaited the Chiron’s arrival for ages, and the Vision Grand Turismo Concept at Frankfurt even previewed its styling, but now we finally have the real deal, next-generation Bugatti in the metal. The 1,500-horsepower four-turbo 8.0-liter W16 engine delivers the 261-mph speed we expected, but the Chiron’s lines proved to be a little tamer.

Boutique Swedish supercar maker Koenigsegg showed the concept version of the new Regara at last year’s Geneva Motor show, but it surprised with the production edition this year thanks to the car’s hybrid-electric power to supplementing the performance of its internal combustion engine. The company claims more than 1,500 horsepower and more than 1,475 lb.-ft. of torque for the system, and says the car can launch to 120 mph in less than 6.6 seconds.

General Motors could have showed this adorably tiny coupe as a design exercise meant to recapture the glory days of its German Opel subsidiary. But instead the company built a running prototype, using a 148-horsepower production drivetrain and provided estimated performance, all of which suggests that the Opel GT is being seriously considered for production.

The DB11 represents Aston Martin’s future, with its more forward-looking styling themes, all-new aluminum chassis and a new Aston Martin-developed 600-horsepower twin-turbo V12 engine. It turned out beautifully, both inside and out. It’s just the achievement Aston needs to stay relevant, rather than retro.