Some modern monsters may be more powerful, but they’ll never be as cool. 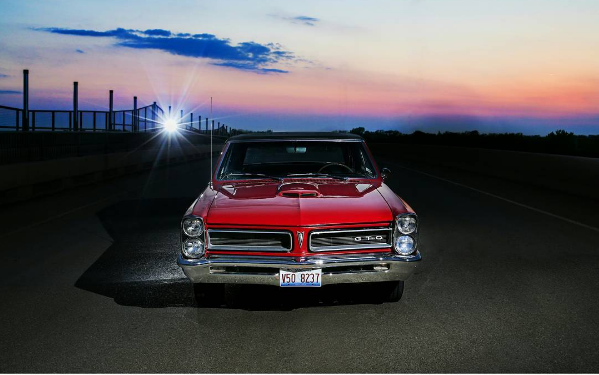 The American muscle car category was spawned in 1963, with Pontiac division chief John Z. DeLorean decided the way to spice up the sleepy General Motors brand was through high performance. Defying a GM corporate restriction, DeLorean dropped Pontiac’s 389 cubic-inch big block V8 engine into its intermediate body Tempest and dubbed it the 1964 GTO, a name shamelessly borrowed from a Ferrari.

In response, the rest of the Detroit manufacturers quickly produced their own muscle cars, increasing engine displacement and power to previously unimaginable numbers. These cars were typically bigger, heavier and more powerful than the pony car category sparked by the introduction of the Ford Mustang.

Cars like the Mustang, Camaro and Firebird would usually lose to the muscle cars in drag races, in part because the bigger cars’ longer wheelbase and heftier mass gave the rear wheels better traction on take-off than those of the lighter pony cars.

This muscle car shootout eventually cooled as the result of rising gas prices and insurance costs, along with government pollution restrictions that the bellowing big blocks couldn’t pass with the technology of the day. Today, the era of the muscle car wars is remembered fondly and the cars still bring astounding numbers at televised classic car auctions.

With this in mind, here are America’s 10 greatest classic muscle cars.

1. Pontiac GTOThe “Goat” was the original muscle car, so we’re declaring it the best. From the first 389 GTO of 1964 to the last true big block GTO of 1973 (There was a small block Pontiac Ventura-based GTO in 1974, but that wasn’t one of the true original cars), the groundbreaking GTO inspired awe and appreciation, even from drivers of rival brands.

2. Dodge Daytona/Plymouth SuperbirdThere was surely no more audacious performance car ever built than the 1969-’70 Dodge Daytona and its Plymouth Superbird twin. These wedge-nosed monsters employed Chrysler’s famed 426 Hemi or the 440 Wedge (the names refer to the shape of the engine’s combustion chambers) to create limited-production specials meant to legalize the cars’ aerodynamic bodies for Nascar racing. In the process, they created the most memorable silhouette to every roll out of a car factory.

3. Dodge ChargerThe 1968-’69 Dodge Charger was already renowned for its performance when it was selected by producers to make memorable appearances in the Fast and Furious movies and The Dukes of Hazzard television show.

Those films and shows sealed the car’s place in pop culture history as securely as the mighty Chrysler V8 engines under the hood guaranteed their place in the performance hall of fame.

4. Chevrolet Chevelle SS Seemingly, Chevy was running low on ideas for names when they came up with the Chevelle. Nevertheless, with Chevrolet’s 396 and 454 big block engines under the hood, the 1968-’72 Chevelle SS was a serious competitor on the drag racing scene.

5. Buick GSX Each of the GM divisions wanted to compete in the muscle cars wars, so even the luxurious Buick brand entered the fray with the creation of the GSX. This was a souped-up version of the company’s Regal, using a 455 cubic-inch big block to contend in the performance wars from 1970-’72.

6. Oldsmobile 442 GM’s Oldsmobile predicted the popularity of today’s alphanumeric car names when it created the 1968-’71 442 high-performance model. The numbers were meant to indicate that the car featured a four-barrel carburetor, four-speed transmission and dual exhaust. With either a 400 or 455 Oldsmobile big block V8 under the hood, the 442 was always a serious contender when it rolled to the start line of any drag race.

7. Plymouth Road RunnerYes, the Road Runner cartoon was surely the fastest bird in the world, routinely outrunning the bullets and TNT blasts of his Coyote pursuer. So it was an obvious choice for Plymouth when the company created the ultimate budget muscle car. The Road Runner was known for being stripped of anything approaching amenities, down to its standard steel wheels and “dog dish” partial hub caps. But the range of big block engines, from the standard 383 all the way up to the 440, gave it the ability to back up the speed promise of the cartoon bird on its fenders.

8. Ford Torino Ford wasn’t entirely absent from the muscle car wars, but its Fairlane and Torino intermediates were never engaged in more than skirmishes. Finally, Ford got serious when it introduced the 1970-’71 Torino Cobra, with the 429 Cobra Jet and Super Cobra Jet engines. The glory was short-lived, as Ford moved on to the bigger, heavier Gran Torino in 1972, which, though slower, earned fame as the iconic ride on Starsky and Hutch.

9. Chevrolet Nova SSThe Nova was a bit smaller than most of the muscle cars, but it shared the cheap car/big engine ethos, and thanks to its 396 big block engine, the Nova could run with the big boys.

10. AMC Rebel MachineLike Ford, American Motors was less engaged in the muscle car wars. This was surely more to do with the company’s weak finances than its philosophy, because AMC did eventually offer the Rebel Machine in 1970, using the company’s 390 big block engine and a patriotic red, white and blue paint scheme