Don’t even think of disagreeing. 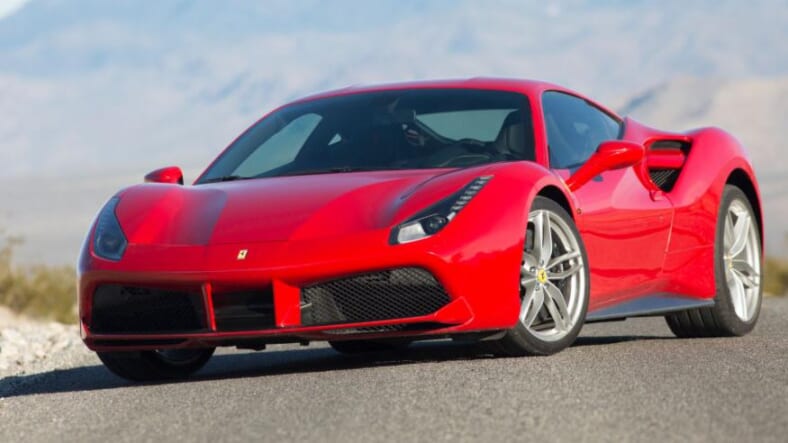 Award-winning author, photographer, and historian Dennis Adler is one of America’s most published automotive experts, and as such can hold forth on many classic sports car marques.

Among Ferrari specialists, however, he has no equal, as his latest book Ferrari: 70 Years, from Motorbooks makes crystal clear. In honor the Maranello marque’s 70th anniversary, we asked Adler to selct the 10 greatest Ferraris of all time.

“Picking the 10 greatest Ferraris of all time is like trying to pick the most beautiful woman of all time,” Adler notes. “It depends upon your point of view, and most importantly, a period of time to which you are referring.”

“With 70 years ofFerrari production, from race cars to road cars, the possibilities are endless,” he says, “so any choice for the number one position has to be based on two significant factors—history and value.”

“Where those two parameters intersect is 1962 and the introduction of the very limited Ferrari 250 GTO, considered by many automotive historians and Ferraristi alike to be the most beautiful shape ever to grace an automobile.

“While a chronological order might seem to be where we are heading, the number 2 car is a step further back in time and lands on Ferrari’s doorstep right where it almost began, with the 1948 166MM (Mille Miglia) Touring Barchetta.

This is an architectural masterpiece designed by Carrozzeria Touring to surround the 12-cylinder racecar-slash-road car that Luigi Chinetti Sr. drove to victory in the 1949 24 Heures du Mans. This was Enzo Ferrari’s first and most important international win.”

“Number 3 is another car from the 1950s, the 250 GT Tour de France. This is a more road worthy racecar that could do quite well on the main streets of America, London, and Paris, as well as Maranello.”

Only 72 examples of the stunning vehicle were ever produced.

[Ed. note: you’ll recognize it from Ferris Bueller’s Day Off, although that was actually a replica.]

“Number 5 is really two cars, a Berlinetta and a Spyder version of one model, the ground-breaking 365 GTB/4 Daytona Coupe and Convertible.

Once again built with the American market in mind, the Daytona was equally adept on either the open road or the road course, winning Le Mans in 1971.”

It is the greatest example of building an image that has elevated what was essentially an ‘affordable’ Ferrari to star status by being a focal point in a hit television series. You can’t envision a 308 without Tom Selleck raising an eyebrow and smiling!”

“Number 7 is another Ferrari built for the race track that found its own kind of immortality, the cover car for Ferrari 70 Years the 250 TR ‘Testa Rossa,’ the one true challenger to the 250 GTO for sheer purity of line and daring.

With Ferrari factory team drivers behind the wheels, the V12 Testa Rossas would win ten of twenty races entered between 1958 and 1962 in World Sports Car Championship events and take the checkered flag at Le Mans in 1958, 1960, and 1961.”

“The 1995 F50 was the accumulation of 45 Ferrari racing models and endless Gran Turismo and sports models. In theory, under the exotic Pininfarina-designed body, the F50 was a road-going adaptation of the 1990 Ferrari 641/2 Formula One car.

It was a close to perfection as a racecar and road car can come. Yes, there have been more striking cars since, like the Enzo, and even the F60, but none can quite touch the F50 for its groundbreaking style and performance.”

“Number 9 is the first of the modern Ferraris to reach the Top 10 list, and is itself a compilation of several earlier models to bear the F12 Berlinetta name.

The new-for-2012 model, however, embodies all that have before into one of the most visually stimulating road cars ever to come from Maranello.”

“Last comes the car that has turned more heads (and inspired more automotive stylists) than almost any modern Ferrari, the 2016 488 GTB, generational heir to the famous 308 GTB.

Time for Tom Selleck to do a Magnum P.I. reunion.”