The 10 Greatest Porsches Of All Time

Buckle up for our definitive ranking of the legendary German car brand. 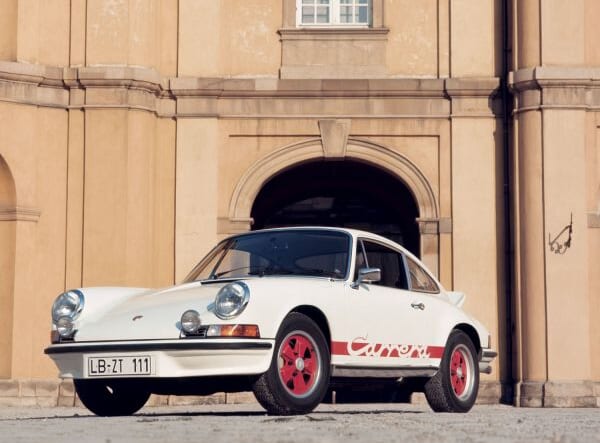 Since Porsche‘s birth in 1948 in Gmund, Austria, the company’s cars have been focused on speed. At first the challenge was how to wring maximum performance from the available parts—in this case, Volkswagen Beetle running gear.

Soon, however, Porsche returned to Germany, establishing its Stuttgart headquarters and its legacy of building one incredible car after another. Some of the company’s best cars have been everyday production models, some have been track-focused thoroughbreds, but all have hewed to the Porsche ethos of superior engineering.

10. Porsche Boxster. In 1993, Porsche stood at the precipice of oblivion. A recent recession had decimated the company’s sales, as the yuppie drivers who pumped up sales of its front-engine 944 abandoned the brand for less flashy sheet metal. The 911 was just seen as antiquated as it approached its 30th birthday. Then Porsche revealed the Boxster concept car at the Detroit Auto Show.

The Boxster revived the mid-engine layout of the classic 550 Spyder and combined it with the flat-six engine configuration of the 911, but now in modern, water-cooled 201-hp 2.5-liter form. This blend of traditional influence and modern hardware was a smash hit, and its sales propelled Porsche to financial safety.

9. Porsche Carrera GT. Aiming to highlight its smashing success in sports car races like the 24 Hours of Le Mans, Porsche introduced the Carrera GT in 2005. It used a racing-style mid-engined layout featuring a 605-hp V-10 engine that propelled the car to a top speed of 205 mph. In a bid to underscore that the Carrera GT is a driver’s car, Porsche eschewed the use of electronic stability control.

This, combined with its edgy, race-ready handling made the Carrera of expert drivers like Maxim-sponsored IndyCar ace Graham Rahal. And the bane of the unskilled and the careless. Fast and Furious actor Paul Walker died in one as a passenger when driver Roger Rodas slid the car into a tree.

8. Porsche 959. In the ultimate demonstration of the flexibility of the 911’s rear-engine, air-cooled design, Porsche decided to transform its ultimate sports car into the ultimate off-road racer and prove it in the hallowed Paris-Dakar Rally.

In this jacked-up, all-wheel drive, off-road guise, the engine was detuned to just 400 hp to tolerate the low grade fuel available along the race route and the team finished first and second in 1986 with the primary cars, with the chase/support car finishing fifth in the race despite its duties to ferry spare parts for the other two.

7. Porsche 935. Porsche added turbocharged horsepower and zany aerodynamic bodywork meant to help the car put that power to the track. Squint, and you can still see the 911’s roofline and doors peaking out from behind this costume, like a tiny Craftsman house that’s been subjected to multiple additions.

In the case of the 935, those additions produced a terrifyingly fast race car that dominated production-based racing for a decade or more. Its 750-horsepower engine pushed the 935 to 226 mph on the Mulsanne Straight at Le Mans.

6: Porsche 918 Spyder. Not all classics are from the old days. The limited-edition Porsche 918 Spyder is a recent model (the production version was launched in 2013) but the car’s sheer speed and driveability mark it as one of the company’s high-water marks. Its hybrid drivetrain combines a 570-hp 4.6-liter V8 gasoline internal combustion engine with a pair of 100-hp electric motors.

Together, they give the car all-wheel drive, a top speed of  203 mph and 0-62 mph acceleration of less than 3.0 seconds. It can even do 94 mph on electric power alone, with ability to travel 16 miles on battery power in case you run it out of gas.

5. Porsche 930 Turbo. The 911 was appreciated as a typically agile European sports car, but it was the addition of a turbocharger that transformed the docile 911 into the fearsome—and feared—930 Turbo. The car’s speed was incomprehensible for the 1970s, but even fans were wary of the turbo’s tendency to exacerbate the consequences of chickening out mid-corner and lifting off the gas.

In this situation, cars suffer lift-throttle oversteer, causing the tail to slide out. But rear engine cars have more mass in that tail, so it swings like a pendulum and keeps going. The turbo’s speed caused more people to back off the gas, and fly off the road backwards. Secret: don’t lift.

4. Porsche 550 Spyder. From the beginning, Porsche engineers recognized the handicap they’d inherited from the Volkswagen Beetle, with its engine cantilevered out behind the rear axle where it spoiled the car’s balance. They obvious solution was to flip the drivetrain over and place the engine ahead of the transmission, where the Beetle and 356 had a back seat.

The result was the two-seat 550 Spyder, a bit of balanced perfection that has been acclaimed from the very beginning. Baby boom actor icon James Dean loved racing his 550 Spyder, but was killed in a street driving accident on his way to a race.

3. Porsche 917. Somewhere, in a dusty automotive journalists’ style guide, is the commandment, “Thou shalt always pronounce it as ‘The all-conquering Porsche 917.'” So dominant was this 1,100-hp 12-cylinder beast during its 200+ mph reign of terror over the world’s sports car races that it is remembered today as being effectively unbeatable. It also enjoys abundant screen time in Steve McQueen’s film tribute to sports car racing, Le Mans.

2. Porsche 911. The beyond-iconic successor to the original 356, the 911 debuted at the Paris Motor Show in 1964. The car extended Porsche’s signature bathtub styling and rear engine layout, but amped up that formula with six-cylinder power that was to become the basis of future turbocharged performance monsters. The original 2.0-liter engine produced just 148 hp, a humble beginning for the things that were to come.

1. Porsche 356. This is the ur-Porsche, the very first one. It’s also the most important and influential precisely because it established the template for the entire brand, with its rear-engined layout and elegant simplicity of design. Its 1.1-liter four-cylinder engine was good for 35-40 horsepower. The 356 began as a coupe but it quickly spawned open-topped and competition editions during a production run that continued through 1964.