This Custom Porsche 356 RSR ‘Outlaw’ Can Be Yours

The German masterpiece is a maniacal mashup of two Porsche classics. 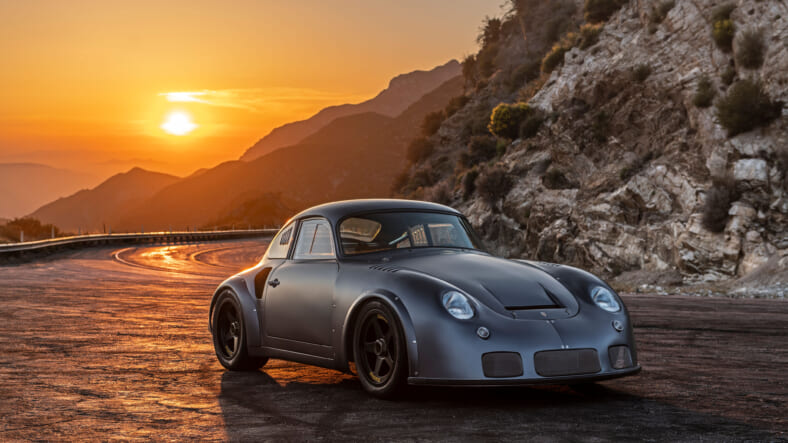 A Frankensteined Porsche hot rod with the chassis of a ’90s-era 911 and the body of its predecessor, the 356, sounds appropriately insane. But that’s exactly what’s coming to RM Sotheby’s upcoming SHIFT/Monterey event, which is billed as the largest ever online auction of its kind.

A 2019 Motor 1 article on the exact same car lays out the specs, the most notable being an exposed rear-mounted engine. It’s a twin-turbocharged 2.4-liter flat-four that sends 393 horses through a five-speed manual gearbox, which is plenty of power in a car that weighs a mere 1,950 pounds.

The nose and tail and aluminum deck lid and hood were all hand-formed, and the louvres, stainless steel mesh grille, and intercooler inserts in the rear fender were added for extra custom flair. The rocker panels are modified Porsche 911 pieces, while the side and quarter windows are made of Plexiglass.

Pre-sale value estimates haven’t been revealed, but feel free to browse all of the SHIFT/Monterey lots here.