America’s best-selling vehicle is getting a boost of sweet torque. 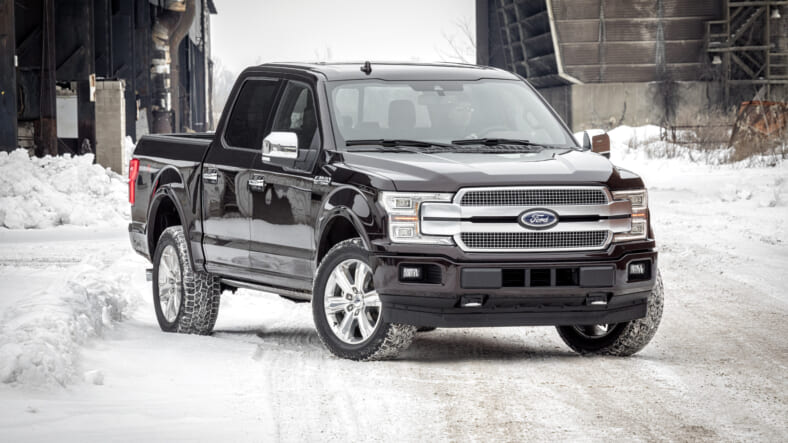 Many truck drivers appreciate the diesel engine’s combination of load-hauling torque and on-road efficiency, which is why virtually all commercial trucks are diesel powered.

Light-duty pickups have to meet car-style pollution limits, which is tougher for diesels (ask Volkswagen), and the necessary exhaust scrubbers add cost.

However, Ram sells between 10 and 15 percent of its 1500 pickups with a diesel V6 engine, which shows the demand for diesel power among light-duty shoppers, even with the price premium.

There is also a new 2.7-liter EcoBoost V6 for 2018. It gets a dual fuel injection system featuring both port and direct injectors, along with reduced internal friction for improved power and efficiency.

Finally, the 5.0-liter V8 famous for its service in Mustangs over the years also gets improved power and torque for 2018, though as with the 2.7-liter EcoBoost, Ford hasn’t released the final specifications yet.

The F-150’s cabin was already a pretty comfortable place to be, so Ford has worked on addressing details, like making it a better-sounding place to be. So the 2017 F-150 gains an optional B&O Play audio system, to ensure that your rough-and-ready work truck has a world-class sound system for reproducing your favorite music.

Also, Ford is giving up on the notion of relying on the customer’s phone for network access, so now the F-150 offers a 4G wireless router that can serve as a hotspot for as many as ten devices in the truck.

Maybe buyers will be able to use that internet access to look up the truck’s final horsepower and EPA fuel economy ratings, since Ford hasn’t settled those numbers yet.