Maybe having a wife and kids wasn’t a terrible decision after all. 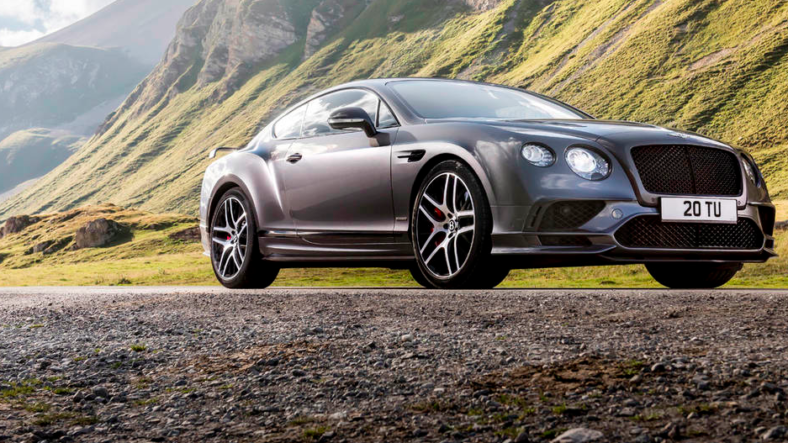 If that weren’t enough, the crew from Crewe, England, also announced a convertible top version of the car that will whip the hair of the driver (along with spouse and offspring) at 205 mph.

The power upgrade came via an approach familiar to street punks with their slammed sport compact cars. No, not a nitrous oxide bottle! Bigger turbos and intercoolers and a freer-flowing exhaust.

Unlike those clowns, however, Bentley recognizes the need for changes to support the added 79 horsepower, so the mighty W12 engine gets upgraded main bearings and connecting rod bearings to withstand the 700 horses.

The Supersports also has a quicker-locking torque converter to aid its launch from a standstill.

The 21-inch forged aluminum wheels trim 44 pounds of weight from the car and an optional titanium exhaust is good for another 11 pounds.

The newly sculpted front and rear bumper designs incorporate a carbon-fibre splitter and diffuser, while exterior trim such as the grille and window surrounds are blacked out and the headlights and taillights are dark tinted for a menacing effect.

No pricing details have been released, but the previous generation Continental Supersports started at $280,000. The new one won’t cost less.