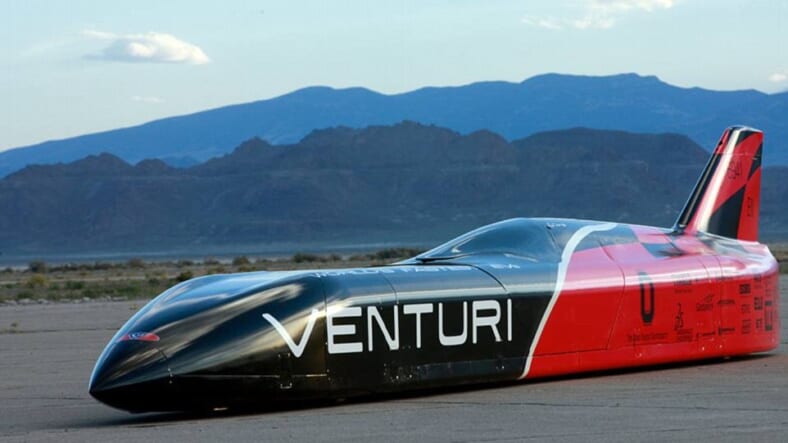 Utah’s famed Bonneville Salt Flats is literally running out of salt thanks to rampant industrial abuse, but apparently there’s still enough of the stuff for another land speed record attempt.

Engineering students at Ohio State have teamed up with Monaco-based Venturi Automobiles on the 39.-foot long, 3,000 hp VBB-3 electric “bullet car”, which will attempt to break the battery-powered world speed record there this summer.

The most powerful electric car in the world is expected to top 370 mph, according to the Daily Mail, and can go from 0 to 60 mph in 2 seconds – 1.2 seconds faster than the “Insane Mode” on a Tesla Model S.

The current world land speed record for a battery-powered car stands at 307 mph— set by the team’s last electric racer, the Venturi VBB-2.5 in 2010.

If these bullet cars ever catch on, looks like you’ll have to build a 20 ft. extension on the garage to fit the damn thing.