The 5 Greatest Japanese Sports Cars Of All Time

The classic are cool, but the latest is the greatest. 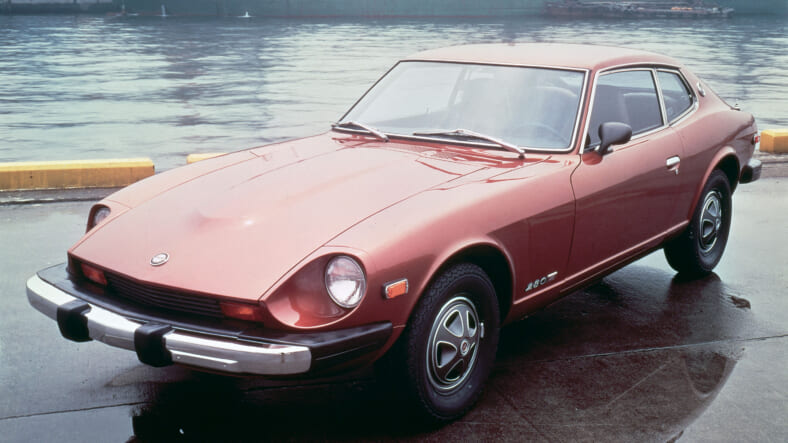 When you see Japanese sports cars included among the legendary models used for high-profile projects like the The Fast & The Furious films, you know that the country’s hot rods have achieved a highly respectable stature.

The country has been in the game long enough now that it has compiled an impressive roster of world-class vehicles over the years, so we’ve rounded up the top 5 Japanese sports cars ever. As with any sports halls of fame, active players are excluded, so the current Nissan GT-R sits this one out.

5. Datsun 240Z. The 1970-’78 Datsun 240/260/280Z is surely the most influential Japanese sports car. It wasn’t the first, as it was preceded by the Honda S600, Toyota 2000GT and Nissan’s own Datsun Fairlady roadster. But the 240Z was the first world-class sports car that caused those who previously would have bought a German or English sports car to seriously consider a Japanese brand. Its chief appeal was its modern styling and a sonorous 151-horsepower inline six-cylinder engine with a 7,000 rpm redline..

4. Mazda RX-7.  Mazda’s third-generation RX-7 of 1993-’95 was Japan’s first step towards supercar-dom, with its no-holds-barred twin-turbocharged 255-horsepower rotary engine, race-tuned suspension and no-compromises design. This RX-7 was built to achieve astonishing performance numbers (like its 5.0-second 0-60 time) and win comparison tests, but its ride and fuel economy were similarly suitable only for the track.

3. Toyota Supra. The 1994-96 Toyota Supra was the RX-7 twin-turbo’s main rival. Its more tolerable ride comfort and the capacity of its 320-horsepower six-cylinder engine to be tuned for still more power without dramatically shortening its life have made it more popular with enthusiasts. Like the Mazda, though, the Supra was too expensive in its day to sell well.

2. Nissan Skyline GT-R R32. The Nissan GT-R has been around for 46 years, but only the current generation was sold in the U.S. However, GT-R R32 models from 1989-1993 are now old enough to import into the U.S. as historic vehicles, and they are very popular among in-the-know enthusiasts who love their combination of a twin-turbocharged 276-horsepower inline six-cylinder and all-wheel drive. Be aware, however, that the steering wheel is on the right side of the car. The 1993 V-Spec is the hot setup.

1. Lexus LFA. Maybe it’s no surprise, but the newest and most expensive Japanese sports car in history is the best one. Lexus sold 500 of these 553-horsepower cars in 2012 for $400,000 and was reported to have lost money at that price. V10 power and sophisticated computer control of the all-wheel drive system made the LFA a monster on the track, despite its docile manners around town. Its performance and extreme rarity will surely make these sought-after collectables sooner rather than later.