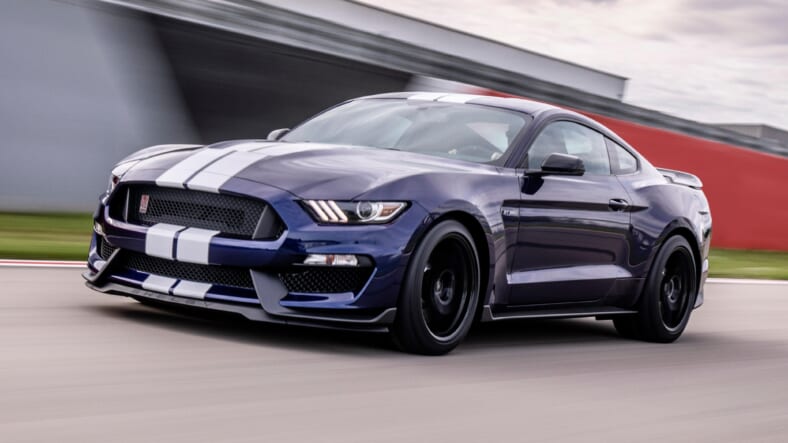 Ford is celebrating construction of the ten millionth Mustang, 54 years after the first, and we’re marking the occasion with a look at the five coolest special edition pony cars we’ve seen over the years.

Those are the bookends. In between, Ford has continually sparked interest with special editions, and these are five of our favorites.

For the 1979 model year, Ford introduced the new Fox-body Mustang, built on the chassis of the Fairmont sedan that arrived a year earlier. To commemorate the occasion, Ford provided the pace car for the 1979 Indy 500 and sold replicas of that car.

Then, as now, Ford was pushing customers to embrace smaller turbocharged engines while traditionalists preferred V8 muscle. So the Indy Pace car was available with either a 2.3-liter turbocharged four-cylinder or a 5.0-liter V8.

Nineteen sixty-nine was solidly in the space age, a decade after that tailfinned jet age-inspired cars of the ’50s, but the supersonic sound of Mach I still resonated with drivers and Ford chose that name for a high-performance variant of the Mustang for the first time.

A signature of those early Mach Is was fighter jet-inspired matte black anti-glare paint on the hood. Word is that a new Mach I is in the works, so stay tuned.

Cobra was a name borrowed from Carroll Shelby’s musclebound roadster of the 1960s, applied to the Mustang. There have been highs and lows during the Cobra’s lifespan since it debuted as the Cobra II on the 1976 Mustang II, but the 2004 Mustang Cobra pioneered independent rear suspension on Ford’s pony car fully a decade before it became standard equipment.

In 1969, Ford introduced a car designed specifically for competition in the Trans-American Sedan Racing Series, or Trans-Am. The series’ rules limited engine size to 5.0-liters, or 305 cubic inches. So Ford created the Boss 302, using a 302 cubic-inch version of its small block V8.

The Boss 302 featured stiffer suspension and other upgrades meant to prepare the car f for weekend on-track combat.

Carroll Shelby’s assignment was to give the then-new Ford Mustang an image upgrade by taking it to the track to race Europe’s best sports cars. The result was the 1965 Shelby GT350, a modified Mustang with more power, better brakes and stiffer suspension.

Today, Ford applies the GT350 name directly to Mustangs that still enjoy top-flight running gear that makes them as desirable now as Shelby’s cars were in the ’60s.