The 5 Hottest Cars At The New York Auto Show

You’ve got until April 3 to see these dream machines in person. 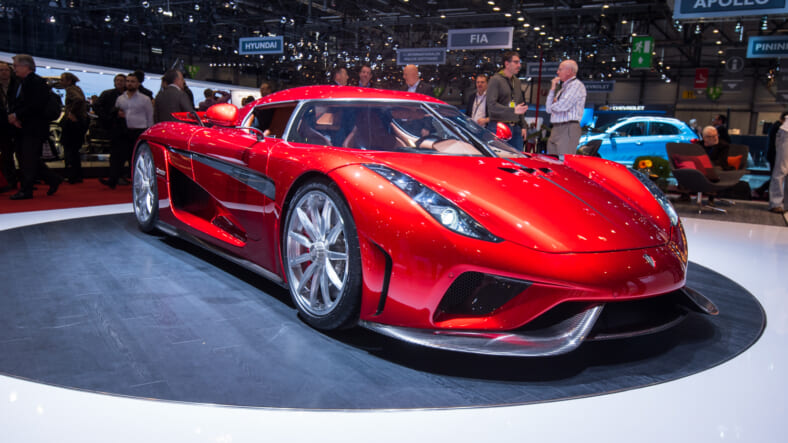 The New York International Auto Show enjoyed a smattering of genuine world premieres, but there are also plenty of already-shown cars that are worth checking out in person through April 3 at the Jacob Javits Center. Here, five of our favorites:

Koenigsegg Regera. The rip-roaring Regera made its U.S. debut after appearing at the Geneva show earlier in the month, and it’s everything you’d expect in a $2 million supercar. The stunning Regera bolsters its 1,100-horsepower twin-turbo 5.0-liter V8 internal combustion engine with a 700-horsepower electric drive motor even has a plug-in battery system for improved fuel efficiency. But it’s this so-called “Bugatti Killer’s” aggressive styling that makes it irresistible to showgoers.

Mercedes-AMG C63 S Coupe. While it can be bewildering to navigate Mercedes-Benz’s Byzantine model line, it is impossible to miss the dramatic gray-and-yellow C63 S at the New York show. Muscular styling and the promise of 503 horsepower from the twin-turbo 4.0-liter V8 engine make the C63 S a German stock car.

Audi R8 Spyder. It is only a couple months since we reviewed the drop-top version of the R8’s mechanical cousin, the Lamborghini Huracan, so it is no surprise to see the German side of the family showing an al fresco riff on the freshly introduced R8 coupe. The R8’s V10 engine is rated at 510 horsepower, but of critical significance for this convertible is that the car’s frame is 50 percent stiffer than the old model, which contributes to both crisper handling and a smoother ride.

Genesis Hybrid Sport Sedan concept. Sometimes uninvited guests will crash an event, but in truly rare occasions, they prove to be the life of the party. That was the case when the new Genesis brand arrived at the New York show with a BMW 4-series challenger whose sleek likes shame the stodgy me-too styling of most contenders in the sport sedan market. The proposed 2.0-liter four-cylinder engine and electric motor combine for a total of 245 horsepower, so the concept is clearly biased toward efficiency, but performance variants along the lines of the C63 are obvious future iterations.

Mazda MX-5 RF. Mazda found a jar of muscle-building protein powder for its MX-5 Miata in the form of a new coupe-like folding hardtop design that finally gives the car the more masculine feel its enthusiasts have thought it deserved. Cute no more, the raking fastback styling gives the Miata the looks to back up its snake bite-quick reflexes.

These are just some of the coolest shiny new toys on hand, and you certainly don’t want to miss Lincoln’s leisure suit-blue take on the future Navigator, either.