Muscle Up With The 50th Anniversary Edition Camaro

Get ready for “the most epic Camaro yet.” 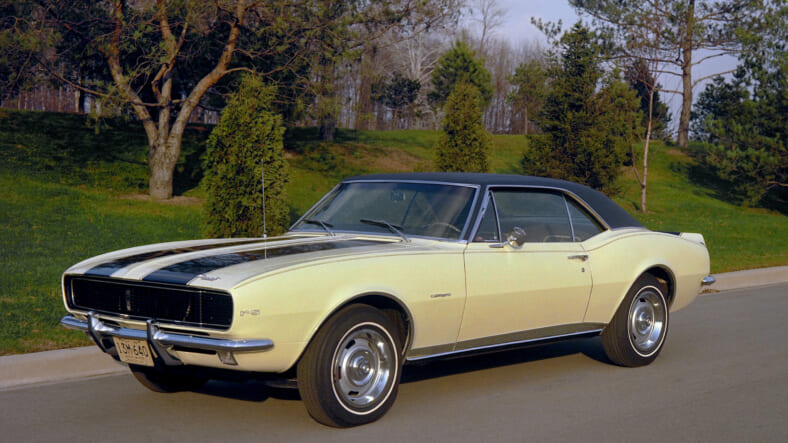 A month after the NFL celebrated the Super Bowl‘s 50th year, Chevrolet is revving up plans to commemorate the equally All-American Camaro reaching the half-century mark with the 2017 50th Anniversary Edition.

Chevy promises the special edition will be “the most epic Camaro yet,” thanks to a host of custom tweaks on the regular car. The most obvious might be the exclusive Nightfall Gray Metallic paint, which is highlighted by the orange stripes and brake calipers. Convertible models will be topped by a black roof.

The grille features satin-polished metal in place of the usual glittery chrome and it tops a body-colored front splitter. The 20-inch wheels are specific to the Anniversary Edition, as is the black leather upholstery with its orange accent stitching.

Naturally, there are 50th Anniversary badges adorning the dashboard, seats, steering wheel and illuminated sill plates, in addition to that on the outside of the car. Pricing, alas, has yet to be released on this bad boy.

Chevy unveiled its Mustang competitor on Sept. 26, 1966, as was the custom during those years of traditional fall model year introductions. After Ford sold a million Mustangs during its first 12 months of sales, Chevy scrambled to produce its own pony car  with the ’67 Camaro, a beloved first effort that has been overshadowed by the first-generation car’s pinnacle, the ’69 Camaro.

We anxiously await further information on the 50th Anniversary Edition to learn what makes it “the most epic.”

But for now, our money remains squarely on the ’69.