Here Are the World’s 6 Most Expensive Supercars

Which of these multi-million dollar beasts is your favorite? 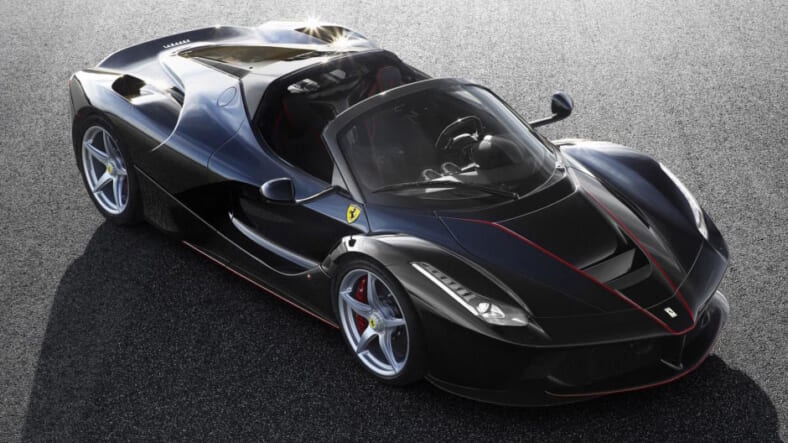 These days so-called hypercars are replacing mere supercars on the list of the world’s most expensive rides, and the revved-up prices are accelerating accordingly.

The minimum cost of entry to this ultra high-end list (compiled by GTSpirit) in 2016? An eye-popping $2.7 million. But for many exotic car aficionados, that’s a small price to pay for supercar supremacy.

Here, the six most expensive supercars in the world:

This F1-inspired hypercar jointly built by Aston Martin and Red Bull Racing is powered by a naturally aspirated V12 coupled with an F1 energy recovery system good for 900 hp. It will be limited to less than 150 units.

Powered by a 6.2 liter V12 coupled with a HY-KERN unit good for 950 hp. Limited to less than 100 units, all sold out long in advance to the marque’s best customers.

Built by Lanzante Motorsport, only 6 will be produced worldwide. At 986 hp it’s the hardest core version of McLaren’s already lethal P1 hypercar.

This bit of insanity was only built for show purposes and as part of the lineup for Playstation’s GranTurismo game – for now. Word is a Saudi prince paid big bucks to gets his hands on it.

This F1-inspired concept was created to commemorate AMG’s 50th anniversary next year. It will reportedly boast 1,300 hp thanks to a four-cylinder turbo engine coupled with two electric motors and only 50 of them will be built.

The world’s first titanium supercar might not have the looks of the others on this list, but the Italian stallion does have a 6.2 liter supercharged V8 producing 670 hp. Top speed is said to be 220 mph with a 0-62 mph time of 2.8 seconds.