Now this is a hybrid we can get behind. 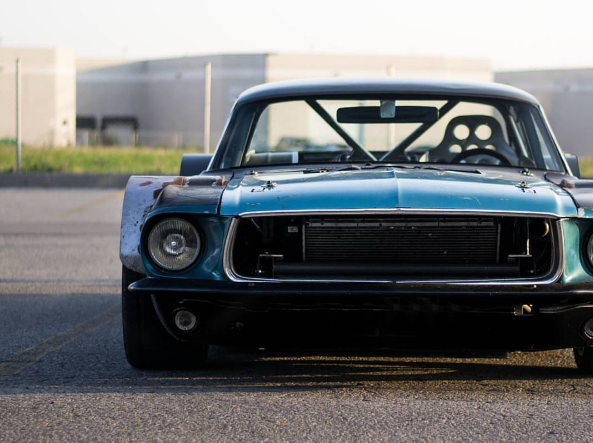 Mustang purists could get riled up about Kyle Scaife‘s small block Chevy-powered creation, but in truth, this is really a 1999 C5 Corvette wearing Mustang sheetmetal than it is a ‘Stang with a Chevy heart transplant.

It made a lot of practical sense to do it this way, considering the Canadian’s ability to fabricate a steel tube frame to mount the Mustang panels atop the Corvette’s chassis when a salvage Corvette became available for the same price as a new Ford engine for the Mustang.

Scaife’s $6,000 bought the ‘Vette’s superior suspension and steering, plus the whole drivetrain and modern brakes to underpin the classic pony car’s sheetmetal.

Well, at least he started with Dearborn sheetmetal, before making a slew of his own custom-fabbed mods and chopped the whole thing down to an appropriate height for the low-slung Corvette mechanicals.

Now that the conglomeration is on the road and running, Schaife tells The Drive that he’s plotting installation of a turbocharger or two on the car’s 5.7-liter LS1 V8 engine to bring it up to modern standards of custom car performance.