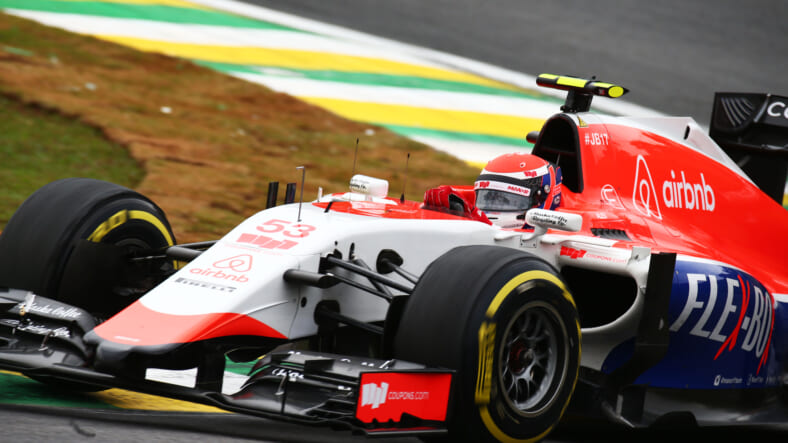 California’s Alexander Rossi will be official reserve driver for Formula One‘s Manor Racing this season while also competing in the IndyCar, the team announced on Wednesday.

Rossi, 24, raced for the F1 team last year when they were known as Marussia. Though many drivers from one series have contended in a race or two in the other series (especially events like the Indy 500 and U.S. Grand Prix), Rossi would be the first to commit to full IndyCar and F1 racing duties during the same year.

The Nevada City, California native will attend 11 F1 grands prix with Manor Racing, starting with Russia at the end of April.

Rossi drove in four  races for Manor F1 in 2015, but his position for 2016 was usurped by paying drivers who can help fund the team’s operation. So Rossi signed to race in IndyCar for Andretti for 2016.

Though he committed to the full season of IndyCar, Rossi hasn’t spent the last decade living and racing in Europe just to give up on F1 now. In his new role as reserve driver he will only race in events that don’t conflict with IndyCar races.

In the event one of the other drivers is unable to race, due to injury, or as often happens in the case of paying driver, due to failure to pay, Rossi will be promoted into the race seat.

“It was disappointing to miss out on a race seat with Manor Racing this year; everyone knows I pushed and worked hard for it,” Rossi said in a statement.

Rossi points out that although running both series will be a grind, that only five F1 races occur during the IndyCar season, so he won’t have too many consecutive weekends of driving on different continents.

But then again, since he’s the first one to try to do both F1 and IndyCar at the same time, we’ll have to wait and see how it goes.