The future of commuting is here. 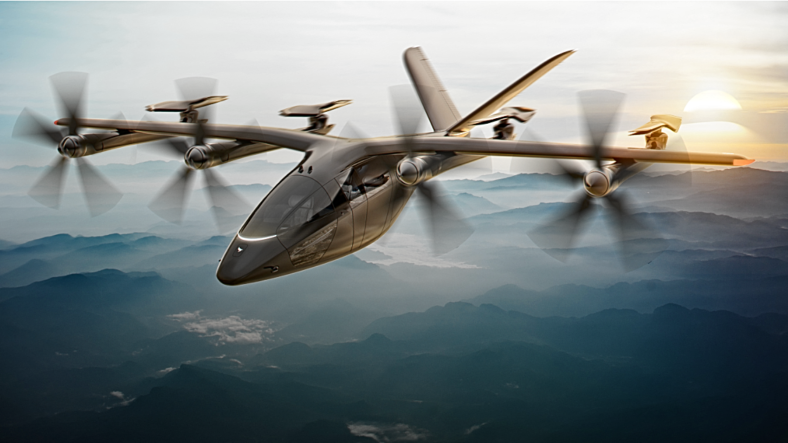 Recently UK eVTOL startup Vertical Aerospace announced that they are partnering with some major manufacturers like American Airlines, Honeywell, and Rolls-Royce to deliver their new flying car, the VA-X4. This is not empty hype — Vertical Aerospace has already taken pre-orders for 1,000 air taxis worth approximately $4 billion.

The VA-X4 is a four-passenger electric vertical takeoff and landing vehicle intended for use as an air taxi with the ability to fly at least 100 miles before recharging at a speed of 202mph. It’s designed with four tilting rotors at the front and has four more sequestered in the rear of the craft. Vertical Aerospace says this setup ensures the VA-X4 is always on silent running, at least 100 times quieter than standard-issue air transport.

According to Autoevolution, “these collaborations seek to speed up the certification and deployment of aircraft in commercial operations.” Most important of all, however, are the partnerships with American Airlines and Richard Branson‘s Virgin Atlantic, with the former handling infrastructure development in North America and the latter looking at a joint venture in support of a Virgin Atlantic air taxi system.

With so much money behind the effort, one obvious question is when can we expect to see skies full of silently skimming air taxis? Autoevolution reports that “Vertical hopes to have the VA-X4 certified to European Union Aviation Safety Agency (EASA) standards by 2024.”

American Airlines is serious about the project, too — the company reportedly has 250 eVTOLs on order and is open to purchasing more. Dublin, Ireland-based aircraft leasing company Avolon has already ordered over 300 VA-X4s and could add 190 to that total. Autoevolution reports that Virgin Atlantic “has agreed to buy between 50 and 150 aircraft.”

For now there just aren’t many more details, but it really does look like we’ll end the 2020s with more and more daily commuter traffic silently soaring overhead instead of roaring down the road outside.