Will Apple Be Making This Electric Self-Balancing Motorcycle?

Too bad the name “iPod” is already taken. 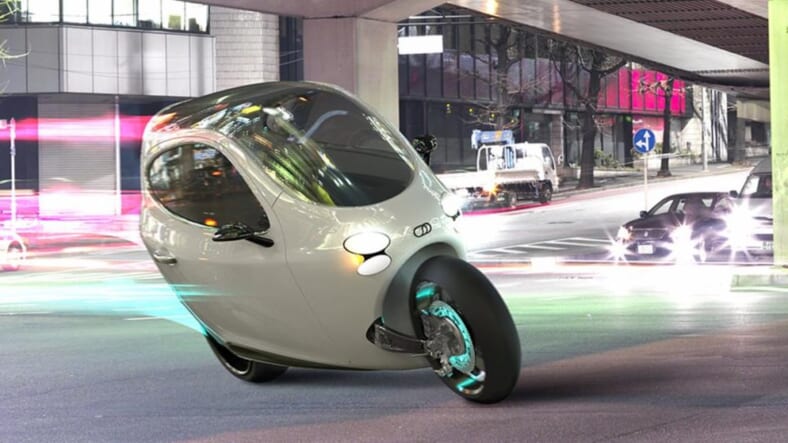 In addition to being the home of America’s tech industry, northern California is also a motorcycling mecca, so it is no surprise that the two have been merged by Lit, a start-up that has built a fully enclosed, self-balancing motorcycle called the C1.

According to The Times, Lit CEO Daniel Lin was out of commission for six months last year following a motorcycle racing crash, so it could be that any resulting loss of momentum for Lit has made it an attractive takeover target for its cash-rich neighbor down the road in Cupertino.

The C1 relies on a pair of gyroscopes to stay upright, relieving the rider of balancing duties. The need to balance has proved to be an obstacle to some potential riders, who might opt for a three-wheeler, so perhaps the automatic balancing function could attract them to the C1.

The C1 has a riding range of up to 200 miles per charge, a top speed of more than 100 mph and a 0-60 acceleration time of about six seconds. As a two-wheeler, it enjoys parking advantages not available to four-wheeled automobiles, which is a critical advantage in crowded urban areas like San Francisco.

As Apple shifts the music-playing function from its dedicated device to its popular phones, perhaps the name iPod would be available for the C1 under the Apple brand.