This Armored Mercedes Maybach Can Withstand a Bomb Blast

It’s a badass Benz that can go from the boardroom to the battlefield. 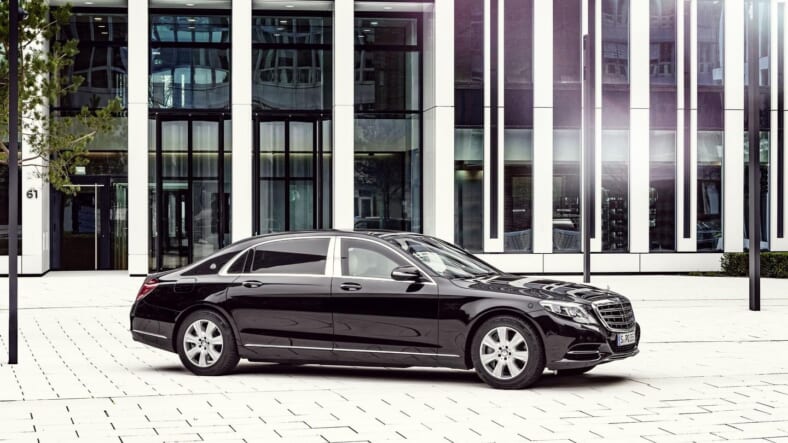 In the run-up to the Geneva Motor Show, Mercedes-Benz has revealed what it claims is the toughest civilian armored car ever built.

The $516,000 Mercedes-Maybach S600 Guard is certified VR10, a rating which includes bodywork and windows that can withstand bullets fired from an assault rifle as well as a bomb blast, Motor Authority reports.

The car’s body shell was reinforced with special steel while the windows are coated with polycarbonate on the inside to resist splintering, should they blow out in the event of an explosion.

The underside of the car is also protected against anyone rolling a grenade beneath the car, a particularly vulnerable spot for most sedans.

Mercedes also says the the bomb-proof Benz has a “series of special technical features” that help it keep driving after an attack.

The Maybach will likely get a bit more power to handle its extra weight but cosmetically the car will not appear any different that the stock version – no reason for the enemy to know what you’ve got, right?