Watch This Insane Electric Hypercar Do 0-60 MPH in 1.9 Seconds

Japan’s Aspark Owl is coming for you, Tesla. 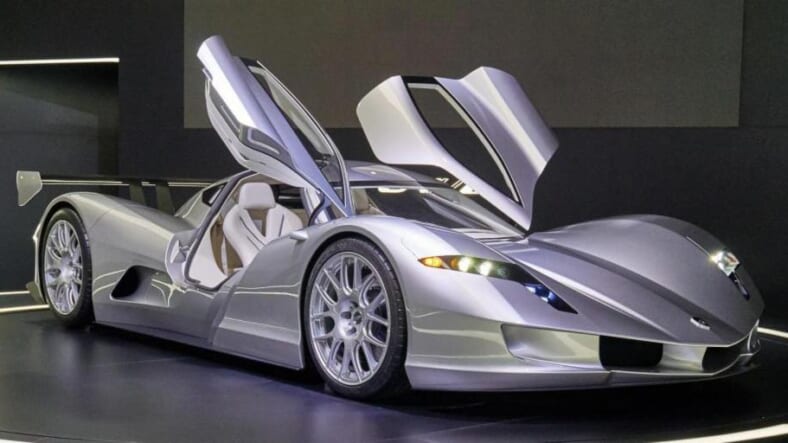 Aspark has made good on its promise to deliver a street-legal car capable of clocking a sub-2 second 0-60 mph time.

The Japanese engineering firm’s all-electric Owl put it’s 430 horses to the pavement instantaneously to hit the benchmark speed in just 1.92 seconds. Watch it happen above at 1:08.

As Jalopnik notes, the ridiculously quick hypercar was fitted with Hoosier racing tires that had been warmed up in a burnout prior to the test. Still, Aspark believes that further tuning will allow the it to accomplish the same feat on roadgoing treads.

The only other production vehicle that could rival that stupendous rate of acceleration is, of course, the Tesla Roadster.

But we haven’t seen video of a Roadster prototype, and it’s nowhere near as good looking as the Owl.

Aspark is only making 50 of these lighting-fast rides, so reach out now if you plan on owning the fastest street-legal car ever made.