The Aston Martin Valkyrie Will Produce a Staggering 1,160 Horsepower 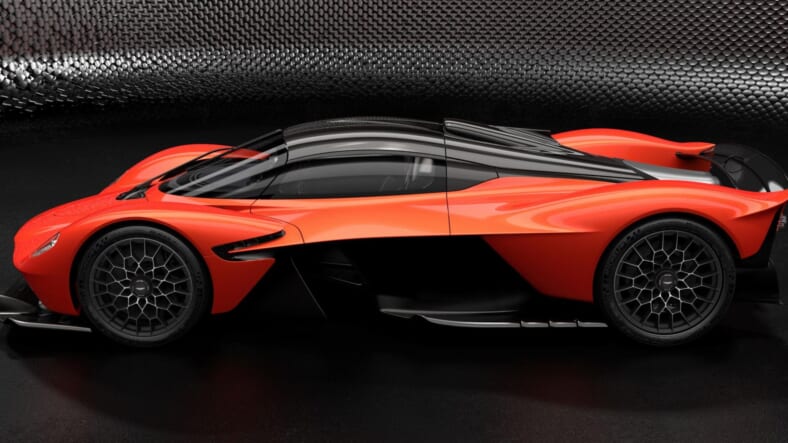 Aston Martin has over-delivered on their promise to endow the mighty Valkyrie with 1,130 horsepower.

The venerable British automaker announced that that the forthcoming hypercar will actually boast 30 more horses for a staggering grand total of 1,160 hp at 10,500 rpm.

Aston also claims that the hybrid drivetrain, which consists of a bellowing, 6.5-liter V12 and a Rimrac-designed battery-powered system, can sustain its maximum output at up to 11,100 rpm—a world’s first for a naturally-aspirated, road-legal ride.

While Aston’s engine provides the bulk of the power, 160 hp come from the “E-Motor.” The battery pack integrates all relevant sub-systems and serves as the carrier for the vehicle’s power electronics.

As Jalopnik notes, the Valkyrie also boasts F1-inspired tech, including the Kinetic Energy Recovery Systems that recovers energy lost while braking to power the car.

Aston Martin CEO Andy Palmer previously told Maxim that the Valkyrie is designed to compete with the fastest models from supercar heavyweights like Ferrari and Lamborghini.

“And our showcase for that is Valkyrie.”

We can’t wait to see how it stacks up to other high-octane members of the 1,000-hp club.