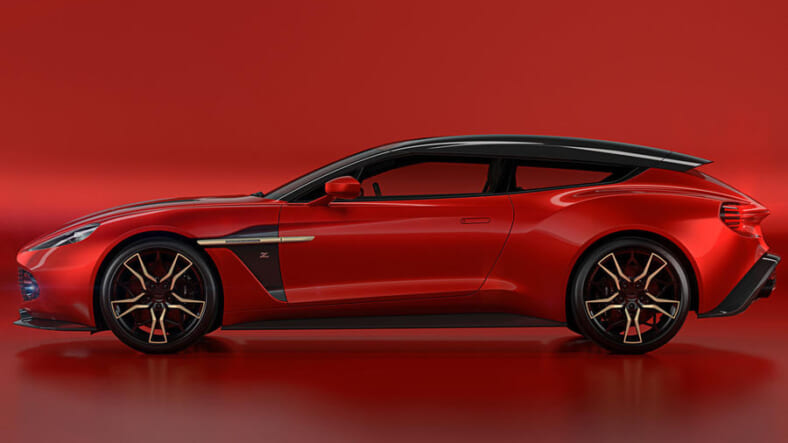 We knew it was coming, but Aston Martin has completed the Vanquish Zagato quartet of limited-edition, custom-bodied Vanquish variants with a new long roof shooting brake—essentially a two-door station wagon—iteration of this scarlet beauty.

Aston will build just 99 shooting brakes, which join the 99 each of coupes and Volantes, plus the the 28 Speedsters, for a total production run of 325 of the cars styled by the Italian design house for Aston.

A with the other Zagato models, the Shooting Brake is powered by a 592-horsepower version of the company’s 5.0-liter V12 engine, which is a 27-horsepower increase over the engine in regular Vanquish models.

“Shooting brake” may sound like just another snooty British term for something ordinary like a station wagon, but it is a traditional term for two-door wagons that have long been made by companies such as Jaguar and Volvo. The term, like “station wagon,” arose from the vehicles’ use, but rather than transporting groups from the train station, they were used by hunting parties to go shooting.

Maybe the notion of ordering such an exclusive ride as the Aston Martin Shooting Brake is fantasy anyway, but that is particularly true because Aston says all 99 of the cars are already sold.