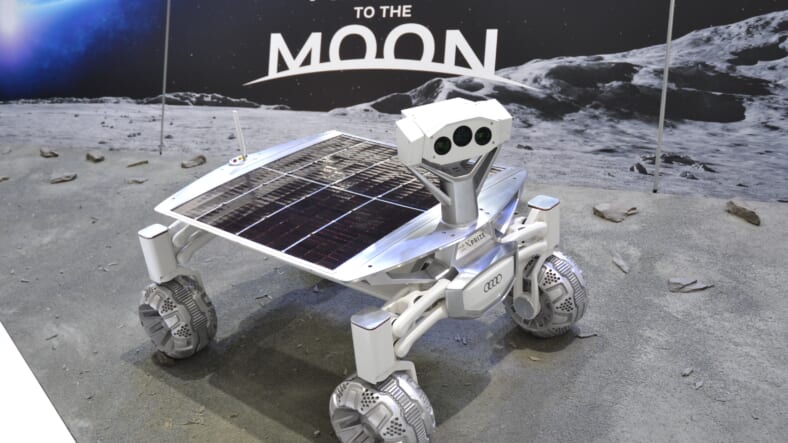 The Audi R8 V10 plus that helps kickstart the retired commander’s zest for life in the commercial is  no rocketship to the moon, but its 3.2-second 0-60 acceleration, 205 mph top speed and stirring engine sound provide a fair parallel for an old astronaut on a moonlight drive.

Audi engineers are helping design a moon rover for a Google Lunar XPrize team called Part Time Scientists. The rover is scheduled to launch in 2017 in a bid for the $30 million prize to successfully land a vehicle on the moon.

The target is the Apollo 17 landing site, and Audi had Apollo 17 commander Gene Cernan speak at its Detroit Auto Show press conference in support of a return to his old stomping grounds, if only in robotic form.

“We want to send a signal with our involvement with the Part‑Time Scientists and also motivate other partners to contribute their know‑how,” said Luca de Meo, Audi board member for sales and marketing.

In an eerily prescient coincidence, Audi chose ‘Starman’ as the music for the ad long before the singer’s death, according to Audi spokesman Mark Dahncke.

Watching the video, you may notice the resemblance between the actor and Cernan. That’s probably not coincidental, though Cernan has spent his time in recent years promoting math and science education to kids, so he’s not sitting at home pining for the glory years.