The one-of-a-kind Lambo was custom-built for a billionaire collector. 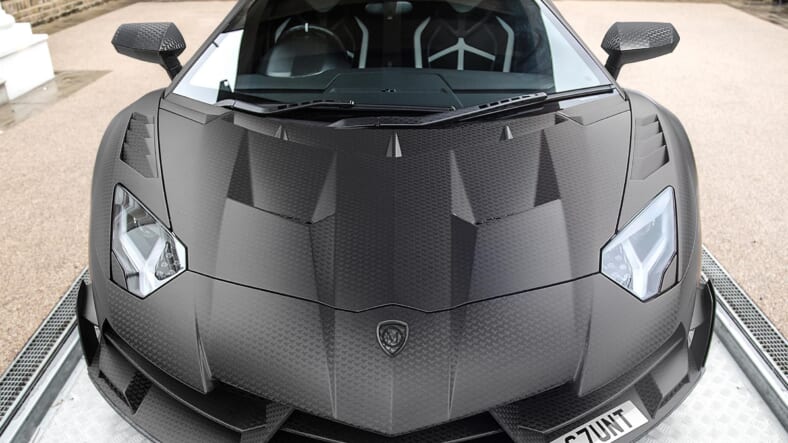 The just-unveiled Lamborghini Centenario isn’t the only lust-worthy Lambo that is driving car nuts wild.

In addition to its menacing look, which includes a bespoke interior, the utterly unique Lambo is capable of doing 0-60 mph in just 2.7 seconds and accelerating to 220 mph thanks to its highly-tuned 830 hp engine, the London Daily Mail reports.

Owner James Stunt’s father-in-law is Formula One chief executive Bernie Ecclestone. The Aventador is the latest and greatest example of a new trend in custom bare carbon supercars and hypercars, including the drop-dead bespoke McLaren P1 we wrote about the other day.

While carbon fiber has been used for high-performance sports cars and race cars for a number of years, recently those looking for something even more unique have sparked the creation of an increasing number of bare carbon supercars, which are more difficult and expensive to make than those with traditional paint jobs.