This Hoverbike Concept Looks Like Something Straight Out of Star Wars 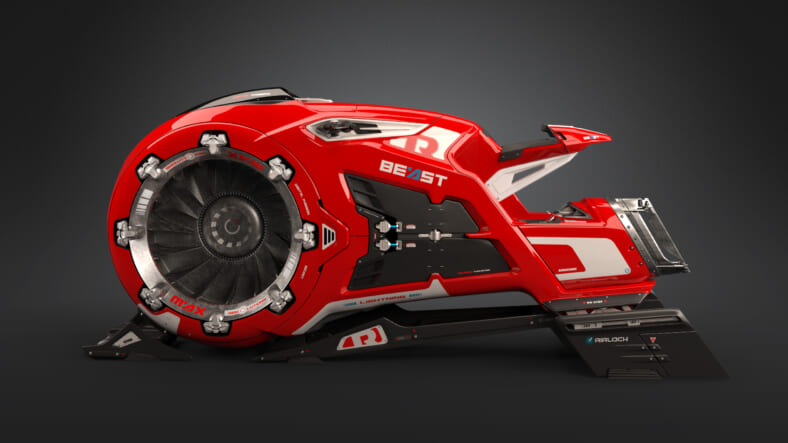 Berlin designer Rico Kersten imagines a world where we could all feel like we are riding Imperial speeder bikes, if his concept Beast hover bike could be made real. His hyper-realistic renders make it feel like we could reach out and take hold of the Beast’s handgrips, but alas, it exists only as an idea in his head and bits on his computer.

A jury for the Allegorithmics design contest was impressed enough to give Kersten second place for the Beast’s design.

Kersten imagines that a giant fan would provide thrust, sort of like a Kawasaki Jetski‘s waterjet shoots those water bikes through the waves. We’ll pretend not to consider what happens to anything drawn near its gaping maw while it is inhaling air (and anything else nearby), but the internet is full of horrifying videos of those unfortunates who have wandered too near a jet engine’s intake.

“I liked the idea that one powerful fan could lift and move the vehicle,” Kersten explained on his page on Behance.com. “Some wings on the bottom are used for steering and two big thrust reverse brakes stop it.”

We’ll see you on Endor!