It’s not just a two-wheeled lust object, it’s literally a work of art. 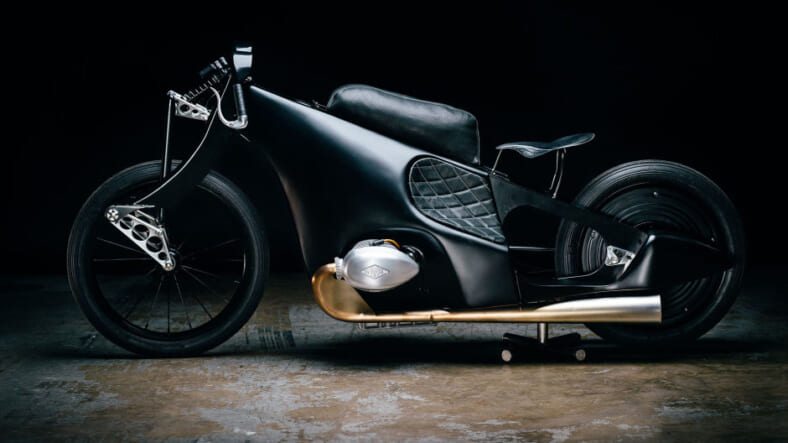 Want to build the coolest custom bike anyone’s ever seen? Easy – just forget about making it street legal and let beauty be the sole consideration. Oh, and also, make sure money is no object. Hence, the Henne-BMW Landspeeder created by Austin custom shop Revival Cycles, a masterful one-off machine built solely to sit in a wealthy collector’s gallery and never be ridden. Which almost killed the project, because Revival only builds bikes to be ridden, and very fast bikes at that.

“A year ago, a client asked if we would create a custom to display in a gallery he was building for 20 motorcycles,” Revival’s Alan Stulberg tells Bike EXIF. “His intention was to hire at least five custom builders simultaneously.”

Stulberg was given full creative license and the cash to carry make his vision a reality. “It was the first time we knew a motorcycle would never be ridden by its owner—and did not need to be street legal,” he says, which while extremely appealing did not sit well with some of his staffers.

“From the aero-shaped handlebars to the solid wheel cover, it was everything beautiful about a race bike that you could imagine.” He stifled the “revolt within the team” over the project by promising to build a second version of the gallery bike that could actually be raced. Of course it won’t be exactly the same, but then the owner wouldn’t want another one of these things out there.

And if you want to see the original in all its glory, its only public appearance will be at the Handbuilt Motorcycle Show in Austin in April – after which the collector will probably lock it away for good. We sure would.