Behind the Wheel of the 2021 McLaren GT 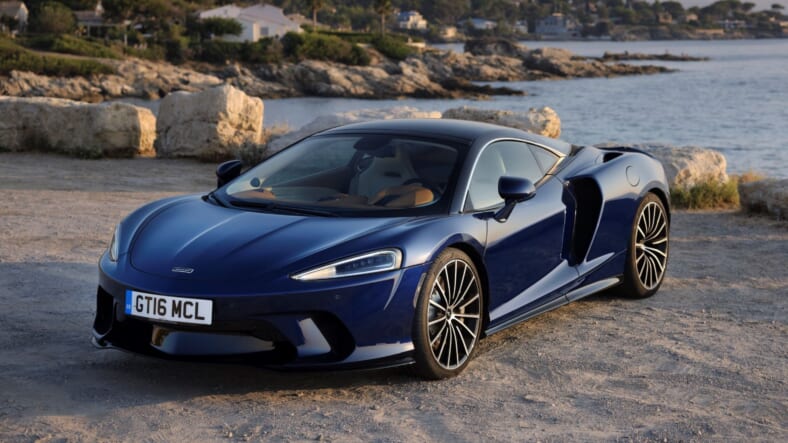 The 2021 McLaren GT should come with a warning label.

Not because it’s unsafe. McLaren’s meticulous build quality and complete suite of safety and driver assistance technology makes driving the supercar as manageable as taking the wheel of anything else on the road.

Not because it’s a disappointment in the performance department because the McLaren GT is a refined engineering and technological symphony with sisters that cut their teeth on Formula One tracks.

No, the 2021 McLaren GT driver could use a little heads up because the machine causes those around it to behave like utter buffoons. While one should be enjoying the sublime experience of driving a car so responsive the owner develops a neurological rapport with the vehicle, the inability of lesser humans to cope with the McLaren’s mere presence makes constant vigilance necessary.

First, there are the awed drivers who have to take cellphone photos of the 2021 GT in motion while they’re also driving their lesser cars. This is particularly entertaining at freeway speeds while the grinning Ansel Adams weaves back and forth in the other lane – endangering the $210,000 mobile work of art. It’s best to apply the carbon ceramic brakes and let the lovestruck shutterbug wander away.

Then, we’ve got the sad, deluded creatures that believe they have to prove something up against the McLaren GT. Some primitive instinct deep within their lizard brains spurs them onward to see if they can race against 612 horses poured smoothly out of a twin-turbocharged, four liter V8.

It’s beautiful. It’s fast. It’s an addictive thrill to drive. I imagine anyone able to behold the McLaren GT in its metallic flesh would be able to figure that out easily. Somehow, they think their 1996 Lexus SC might just be able to eek out a drag race victory against a car capable of 203 mph.

Fortunately, I concocted a perfect squelch to extricate any McLaren driver from such a primitive and uncivilized predicament. Once at a stoplight, if the car beside you seems eager to humiliate itself, simply power down the window. Ask if they want to race. When they answer in the affirmative, inform them:

Roll up the window and roll away from the light at a modest speed to indicate you didn’t get behind the wheel of a drive-by-wire masterpiece by measuring quarter miles with stoplights.

If you manage to find a nice stretch of country road to stretch this McLaren’s legs, or if you take it out for a highway cruise, you’ll find one of the car’s most appealing secrets. Its GT moniker isn’t a throwback to some sports car past. That “grand touring” tag is earned by offering one of the most comfortable rides of any hyper-performance concoction.

These sorts of food chain-topping rides can offer cramped quarters or bollock-rattling suspension that might force your buttocks to file for divorce. The 2021 McLaren GT wraps the driver in the car’s powerful cocoon, offering a machine that can break hearts on the street or comfort the afflicted on long hauls.

Just watch out for the peasants and their cameras.