Your Next Bentley Will Come With a Holographic Butler

The future of luxury is a backseat Jeeves. 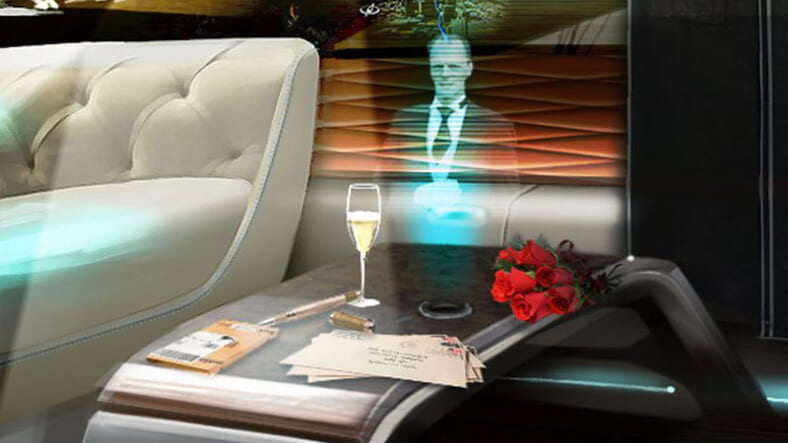 Bentley’s recently installed design director Stefan Sielaff has some ideas about what ultra-luxury cars could look like 20 years from now, and one of them includes an Emperor Palpatine-style holographic butler.

At a design briefing in London the other day Sielaff discussed a number of ways the British marque’s seemingly unsurpassable luxury amenities could get even more luxe.

The holographic butler, a sort of interactive Jeeves who could appear in the back of the next generation of Bentley’s flagship models like the new Mulsanne Grand Limousine, would anticipate your every want and need, acting in concert with the vehicle’s systems. Judging from the image released by the company he would emerge from a moveable console in the rear of the car. Just a concept at this stage, but we see it catching on.

Autonomous vehicles will be a smooth transition for Bentley, as their customers are already used to being chauffeured. No matter what transportation looks like in the future, even if personal cars are essentially obsolete, “there will always be the demand—especially for luxury customers—to have a private sphere, their own private vehicle,” Sielaff says. “Maybe a luxury customer will be part of a fast-lane club and the swarm [of other autonomous vehicles] will get out of the way when the big shark arrives.”

Sounds about right to us.