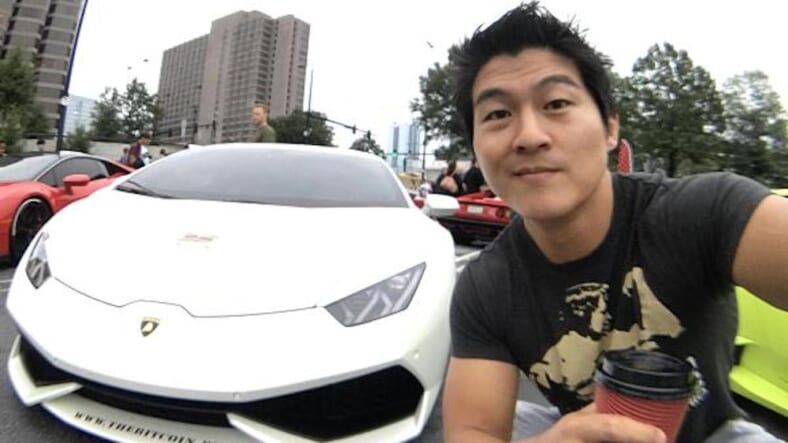 A video he posted to YouTube documenting his swank purchase has raked up over 1.5 million views.

His story has become an inspiration to aspiring Bitcoin bros and crypto-millionaires everywhere. Here’s how he did it.

“I am a long term HODLER, or holder, of bitcoins,” Saddington told CNBC. He claims he has bought Bitcoin every Friday for the past five years.

He began buying up the cryptocurrency in 2011, when a single bitcoin cost just $2.52. So those 45 bitcoins he cashed in for that Lambo may have cost him just around $115.

He claims to have bought more than 1,000 Bitcoins since. At its height last December, those were worth $19,000 each, but their value recently fell to $8,100 per Bitcoin.

Buying a Lambo with Bitcoin is becoming a new norm. The New York Times reported that Bitcoin bros now “talk about buying Lamborghinis” as “the single acceptable way to spend money in the Ethereum cryptocurrency community.”

So Saddington did not create the Bitcoin playbook, he’s just winning at it.