This joint venture is the first AMC winner in show history. 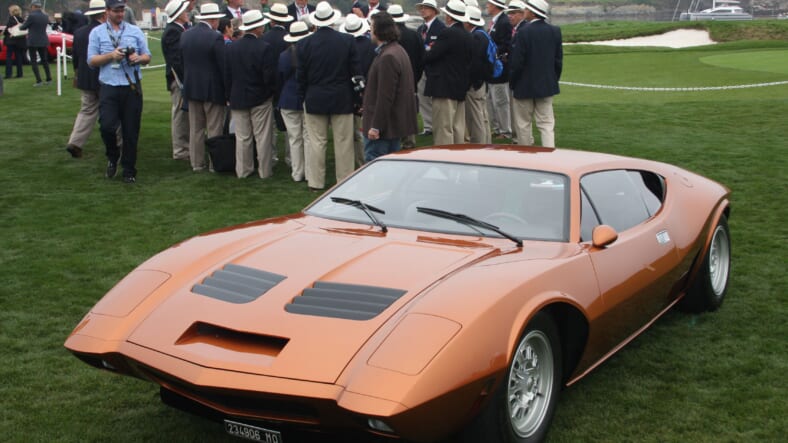 The AMX/3 was styled by AMC designer Dick Teague, while the chassis was produced by Bizzarrini and the cars were built in his Torino, Italy shop. Only six of the 170-mph beauties were ever built, making it a true auto show rarity.

This award-winning example of the breed was used for top speed testing at the Monza track and recently enjoyed a refurbishment with period-correct AMC Bittersweet Orange paint.

Incredibly, another AMX/3 was also on hand at Pebble Beach, this one closer to its original condition than the show winner.