Only five of these V12 beauties will be available in the U.S. 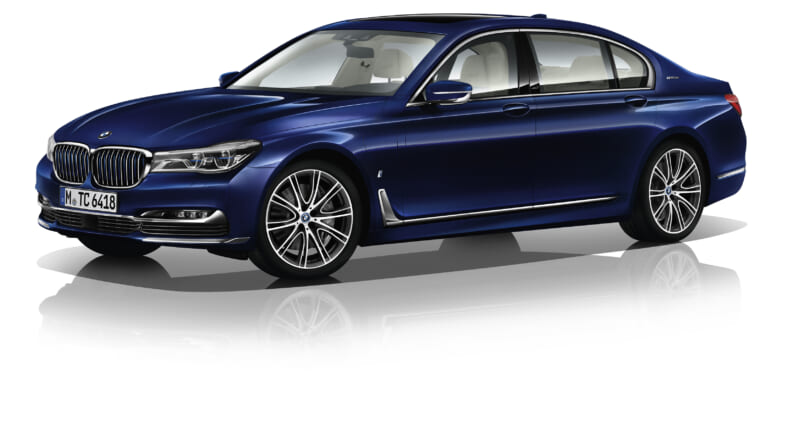 BMW is celebrating its 100th anniversary this year with a number of enticing events and happenings, but nothing so far has hit us in the solar plexus quite like this new limited edition 7 Series. Chiefly because of its mind-blowing 610 hp 12-cylinder engine.

Dubbed the BMW Individual M760i xDrive Model V12 Excellence THE NEXT 100 YEARS, the model is being produced in an extremely limited quantity with only 100 units available worldwide – and just five of them destined for the U.S. Each will be finished in a very natty shade of Centennial Blue paint and a Smoke White full leather interior.

The model is also distinguished by forged 20-inch BMW Individual light-alloy wheels in V-spoke design that come in a bi-color Silver/Ferric Grey finish. An exclusive, handcrafted signet bearing the lettering “THE NEXT 100 YEARS” adorns the B pillars, the interior strips above the glove compartment on the passenger side as well as the front and rear seat headrests while the center console reads “1 of 100”.

Each buyer – and there’ll no doubt be plenty of competition to be one of the grateful five – will also get a bespoke Montblanc writing instrument, the Montblanc for BMW Centennial Fountain Pen, echoing the design of the car.

Throw in Gigi Hadid and it’s a deal…