This Retina-Scorching BMW Concept Bike Is Straight From the Future 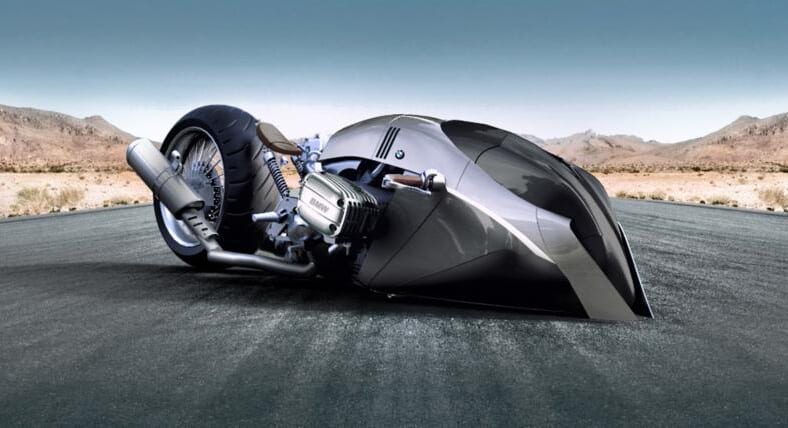 The same madman who conjured up the Batmobile-like BMW Titan is back with another futuristic concept bike.

With aerodynamic fighter jet-style lines in the front and a beastly back wheel/tailpipe combination, it looks ready to devour the pavement.

Admittedly, the KHAN concept bike is much closer to a pipedream than a reality. But if BMW wants to make a mind-blowing prototype from the future, it would certainly get our vote.