You do NOT want this thing popping up in your rearview. 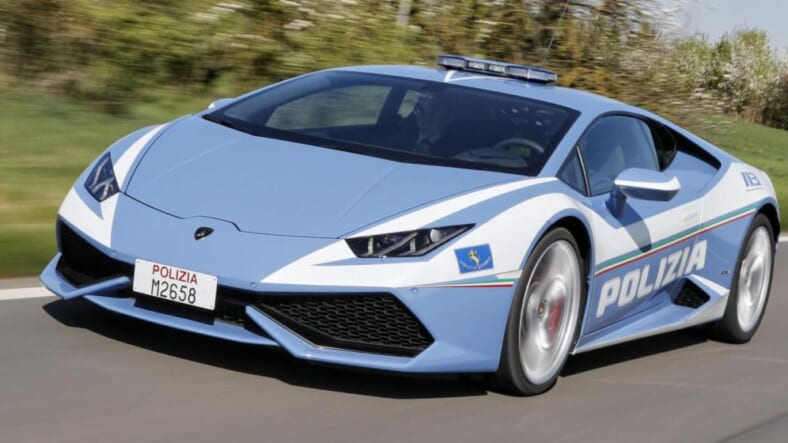 Dream car maker Lamborghini likes to be a good Italian citizen, so the company has a tradition of providing the highway patrol with a sexy ride to aid in their duties.

The police just got their second new 602-horsepower Huracan, which will be assigned to cover the Bologna area near Lamborghini’s headquarters. The first car, delivered last year, is deployed in Rome.

The new Raging Bulls replace a pair of 2009 Gallardos. As police cars, naturally they come equipped with cameras, tablet computer, radio, gun mount and fire extinguisher to back up their baby blue police livery (they call it Police Medium Blue, to be official).

While the Huracans could be used to chase down speeders on Italy’s autoroutes, their main purpose is the rapid deliver of donated organs. The cars have a refrigerated section in their front trunk just for keeping the life-saving organs cool in transit.

There’s a defibrillator too, but that might be intended for treating people shocked at the sight of a police Lamborghini!