The World’s Fastest Passenger Plane Scheduled to Fly in 2017

Prepare yourself for mach 2.2. 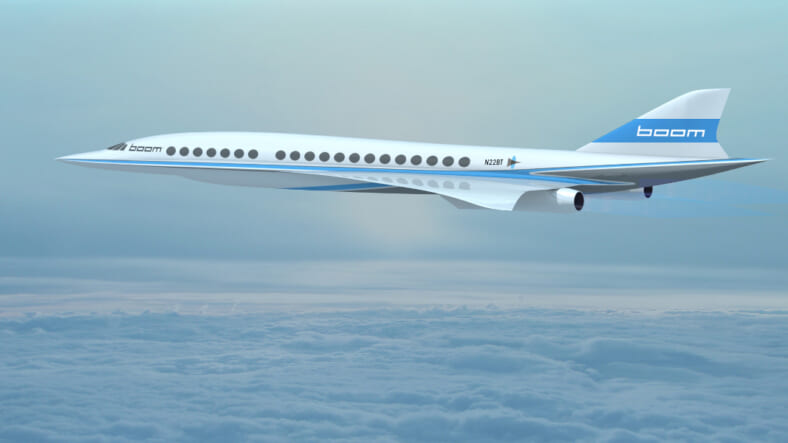 The supersonic jet race is on. With Concorde proponents pushing for its return to the skies in 2019 to mark the 50th anniversary of its first flight, a Denver startup appropriately-but-auspiciously called Boom is readying to test fly their supersonic alternative by the end of next year.With a top speed of 1,451 MPH, it’ll be almost 100 MPH faster than the Concorde was. They’ll offer fewer seats: 40, as opposed to around 100. And they plan to make their tickets several times more affordable, what they claim is comparable to the cost of a regular roundtrip international business class ticket: $5,000 for New York to London in 3.5 hours; $6,500 for San Francisco to Tokyo in 4.7 hours; and $7,000 for Los Angeles to Sydney in just 6 flat.Boom’s business model is based on not just flying fewer travelers for less money, but doing so 30% more fuel efficiently, by taking advantage of “today’s aerodynamics, carbon fiber composites, and the latest engine technology.”

Can Boom succeed where the competition’s failed? Well, Sir Richard Branson has pledged $2 billion in funding along with engineering assistance from Virgin’s Space Company to the little Colorado aeronautics dream team.Of course, if this doesn’t work out for whatever reason, you could always traverse over the oceans much more scenically.