Fly to London in Just 3.5 Hours in This Supersonic Passenger Jet

Boom Supersonic is bringing back the glory days of the Concorde. 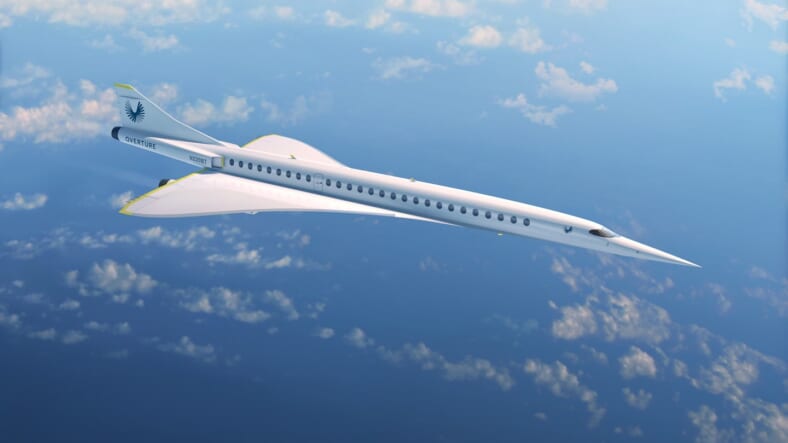 The Apple co-founder’s widow Laurene Powell Jobs just invested $100 million of the money he left her in Boom Supersonic, a Denver-based startup that says it now has enough funding to get its sleek prototype into the air later this year with commercial service up and running in just a few years.

The design of the 55-seat craft, dubbed the Overture and capable of traveling at twice the speed of sound, echoes the iconic Concorde, which last flew in 2003. Fares will cost about as much as a standard business class seat.

The company still has several technical hurdles to clear, but billionaire Sir Richard Branson is a believer and his Virgin Atlantic airline has an option on 10 of the revolutionary planes with Japan Airlines offering to buy 20 more.

The triple-engined carbon fiber-bodied craft, which will cost $200 million apiece, will be capable of impressive fuel efficiency and will be around 30 times quieter than the Concorde’s sonic boom, the company promises.

Boom says its seating will be “comparable to short-haul first class,” making the trip even more comfortable. Additional routes will include San Fransisco to Tokyo in 5.5 hours, and Sydney to L.A. in under 7.

First to fly will be the prototype, a one-third scale manned jet named the XB-1 “Baby Boom,” which will be able to claim bragging rights as the first independently developed supersonic jet and the fastest civil aircraft ever built, according to Robb Report.

So who’s ready to make history?