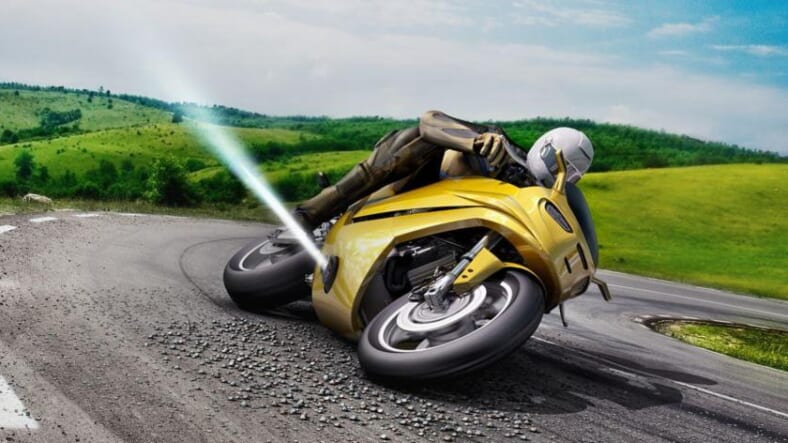 You see it all the time in Moto GP and Superbike races: As a rider leans into a tight corner while dragging their knees across the track, the bike suddenly flies out from underneath them, sending them both skidding across the pavement.

This “lowside” crash crash typically occurs when a motorcycle has either too much speed or hits a slippery spot while turning. But Bosch is developing a new air jet developed under the “sliding mitigation research project” to keep riders upright. See it in action below.

The concept is simple. If a sensor detects too much sideways wheel slip, a burst of air shoots out from a side-mounted jet, producing enough lateral force to save the turn.

It’s a great idea, but whether they catch on is an entirely different issue. Hopefully we’ll be seeing a lot less of these in the future: