Brand New 2017 DeLoreans Are Coming Back To The Future

The gull-winged ’80s icon is returning to America’s roadways. 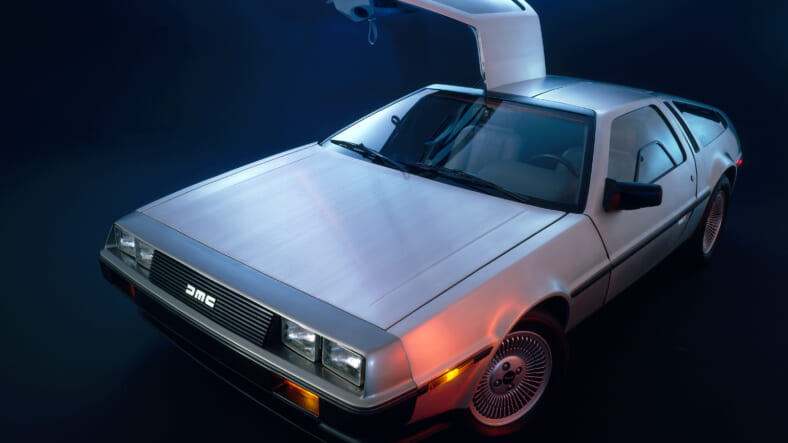 Like a song that becomes popular after its singer dies, the 1981-’82 DeLorean DMC-12 sports car became a cultural phenomenon after it went out of production following its starring role in the 1985’s Back To The Future. But next year, you’ll be able to buy a brand-new 2017 DeLorean to satisfy your deepest Marty McFly fantasies.

DeLorean Motor Co., the Texas company that owns all of the spare parts and tooling from the defunct original manufacturer, will start selling all-new DMC-12s thanks to recent passage of a law permitting sale of as many as 325 replicas of historical cars per year.

DeLorean anticipates selling about that number of DMC-12s over a five-year production run. The price won’t be set until late this year, but it will be close to $100,000, reports DeLorean vice president James Espy. Although the law made production and sale of the cars legal, congress gave the federal agencies involved a year to draw up the relevant regulations.

Espey said he thinks it will take them longer than that, but that DeLorean will be ready in a year to start selling the cars as soon as the government gets its act together.

The 2017 DMC-12s will feature a new V6 engine that makes between 350 and 370 horsepower. The original Peugeot-Renault-Volvo-sourced V6 produced a paltry 130 horsepower, by comparison.

One candidate to supply the engines is General Motors, but DeLorean is in talks with another potential engine supplier too. The company expects to finalize the engine source this spring, according to Espey.

The new DeLoreans will be updated with larger wheels and tires, modern brakes, and amenities like heated seats, GPS navigation and bluetooth phone connectivity. “But the exterior shape will remain virtually unchanged,” Espey promised.

The sleek coupe is unmistakeable, thanks to its bare stainless steel bodywork and its gullwing doors, so its fans should be thrilled. And more power can only help.

How fast will the 2017 DeLorean be able to accelerate to 88 mph while under fire from Libyan terrorists? “We’re still waiting to hear back from Doc Brown on that,” said Espey.