Bask in the roar of the world’s fastest production supercar. 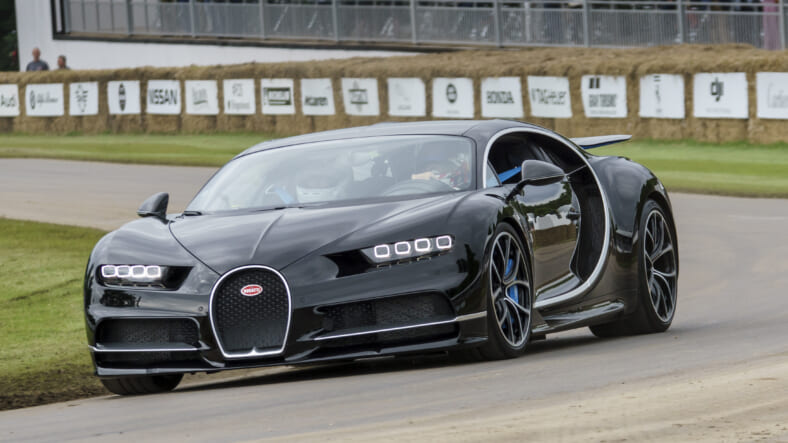 A week after a demonstration run at Le Mans during which saw it post a higher top speed than the race cars, Bugatti‘s astounding 1,500-horsepower W-16-powered Chiron hypercar gave the hill climb at the Goodwood Festival of Speed a similar ass-kicking. We have the ride-along video to put you inside the car.

Of course, the Chiron’s progress up the hill was pretty impressive from the outside as well.

Intimidating as the mighty Chiron is, other cars courageously joined it on the climb, producing cool videos of their own. One was the all-new Porsche Panamera, whose Goodwood drive with McDreamy Patrick Dempsey at the wheel actually preceded the car’s official announcement Tuesday.

The hill climb is sort of a race, so naturally racers showed in several other vehicles. Vaughn Gittin Jr. brought his 750-horsepower Mustang drift car and put on a dramatic show.

The biggest surprise might have been the 880-horsepower turbocharged Subaru WRX, which was pumped up with an extra 100 horsepower from nitrous oxide. The car set the fastest time of the day, stopping the clock in 46.297 seconds and crossing the line at 140 mph.

The Festival of Speed hill climb is a drive up the driveway at Lord March’s English estate. Who wouldn’t want a driveway extensive enough to host its own race?