The Batmobile-like hypercar just sold for an astounding $18.9 million. 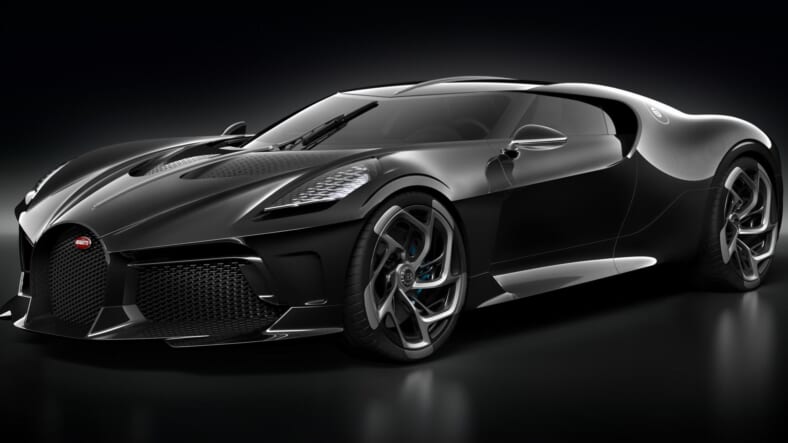 Bugatti just blew the minds of gearheads and luxury aficionados everywhere by unveiling the world’s most expensive new car at the 2019 Geneva Motor Show.

The Bugatti “La Voiture Noire”—French for “the black car”—is a one-off hypercar created to commemorate the 110th anniversary of the French marque’s founding.

A Bugatti enthusiast picked it up for a truly astounding $18.9 million, according to Business Insider.

That’s nearly $6 million more than the Rolls-Royce “Sweptail” sold for when it set the previous record back in 2017.

And if we’re being honest, La Voiture Noire looks way cooler than the Rolls. Basing the design on company founder Jean Bugatti’s Type 57 SC Atlantic, engineers aimed to sculpt an exterior that’s “all of a piece” by integrating the bumpers into the body and creating a uniform windshield that flows into the side windows.

“Every single component has been handcrafted and the carbon fiber body has a deep black gloss only interrupted by the ultra-fine fiber structure,” said Bugatti designer Etienne Salome.

“We worked long and hard on this design until was nothing that we could improve. For us, the coupe represents the perfect form with a perfect finish.”

For that astronomical price tag, the anonymous buyer also got the same ludicrous, 1,500-horsepower W16 that powers the 236-mph Divo and the 260-mph Chiron, along with six freakin’ tailpipes.