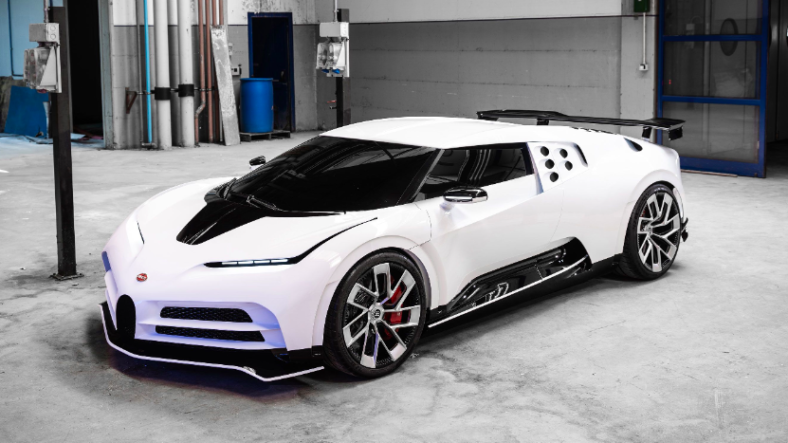 For more than a century, French automaker Bugatti has been laser-focused on making sleek, powerful, virtually one-of-a-kind sports cars. That tradition culminates in the remarkable hypercar Bugatti announced Friday, August 16, the Centodieci.

The model name means 110 in Italian and the hypercar’s design is inspired by the EB110 Bugatti, which flourished in the early 1990s. There’s a good reason for selecting the earlier car as a basis for the Centodieci design—the original was essentially the vehicle designed to renew Bugatti’s brand.

Bugatti President Stephan Winkelmann said in a press release that with “the EB110, Bugatti catapulted itself to the top of the automotive world once again after 1956 with a new model.” It was a return to the brand’s French roots and a nod to the original hypercar itself, the Veyron.

“The challenge” in dedicating the Centodieci to the EB110 “was not to allow oneself to be captivated too much by the design of the historic vehicle and work solely in retrospect,” said Bugatti Head Designer Achim Anscheidt, “but instead to create a modern interpretation of the shape and technology of that time.”

The Centodieci takes what enthusiasts love about Bugatti classics like the Chiron and doubles down on those elements. It’s both extreme and like the La Voiture Noire, an elegant, artistic elevation of automotive engineering.

Here’s how the Centodieci measures up to the Chiron:

“It’s not just the top speed that makes a hyper sports car,” Winkelmann said in the release, “With the Centodieci, we once again demonstrate that design, quality and performance are just as important.”

Here’s the bad news for anyone moving $10 million into their bank account in anticipation of purchasing one: Bugatti is only making ten Centodiecis and they’ve already been pre-sold.

Then again, Bugatti only makes about 70 vehicles a year. And it’s not like all those collectors will just hang on to their Centodiecis forever—though no one would blame them if they did.