The First-Ever Ford GT Prototype Can Now Be Yours

This rare opportunity is a car nut’s dream come true… 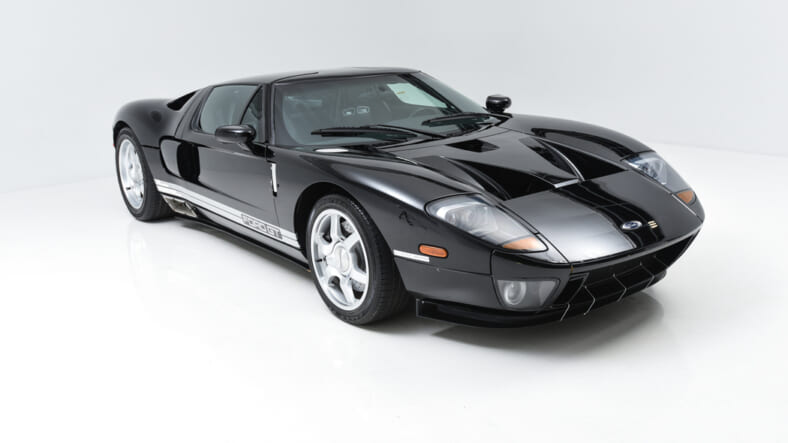 While we’re waiting for Ford’s breathtaking 2017 GT to finally hit the streets, auctioneers Russo and Steele are presenting the chance to own the very last, most production-representative prototype of the amazing 2004-’06 GT.

This machine, labeled “CP-1” was cobbled together using off-the shelf parts, but you can’t tell that the car’s steering rack came from a Windstar minivan. The Mustang airbag is a little more obvious, however.

Everything is in place, from the supercharged 550-horsepower V8 to the correct upholstery. There’s even a lightweight carbon fiber engine cover that was deemed too costly for production cars.

CP-1’s provenance is confirmed by the signatures in its engine bay from the likes of automotive legend Carroll Shelby, designer Camillo Pardo and the top engineers on the project.

Typically, prototypes have to be destroyed to prevent them being driven on public roads. Ford was able to overcome that requirement by installing a 5-mph speed limiter. The idea is that this is a prototype, for show and display only.

However, production GTs, then as now, are hand built cars whose construction doesn’t really vary from that of this prototype. It wouldn’t be surprising if its buyer found a way to circumvent the speed limiter and enjoyed this beautiful beast as it was meant to be driven.