The Caterham Seven Is the Ultimate Sports Car/Buggy Hybrid

The stripped-down beauty goes 0-60 in under five seconds. 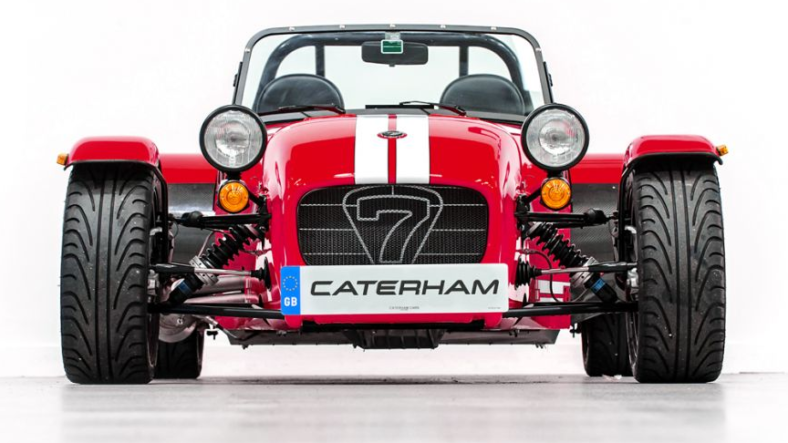 Caterham Cars has made a business from building contemporary versions of the classic Lotus 7 since 1973. Over the years the Surrey, England constructor has developed myriad variations. Many of these upgraded editions featured significantly more power and added amenities. The new Seven 310 adds a bit more juice while retaining the car’s elemental intent.

The 310’s upgraded 1.6-liter Ford Sigma four-cylinder engine enjoys a 20-horsepower bump. This boosts output to a still-modest 152 horsepower. That’s enough to propel this gossamery 1,188-lb. plaything to 60 mph in 4.9 seconds and to a 127-mph top speed that is surely sufficient for anyone crouched behind the car’s minimal windscreen.

While Caterham sells complete cars in other countries, U.S. regulations require they sell you the car with no engine starting at about $29,000, plus options. Then, one of the company’s U.S. dealers will install the engine for you for about $8,000 more.

The optional R Package adds goodies like a limited slip differential, even sportier suspension, carbon fiber cockpit trim and even a four-point racing harness. After all, the Seven 310 doesn’t even have doors.