The New Chevy Colorado ZR2 Is a Desert-Racing Raptor Rival 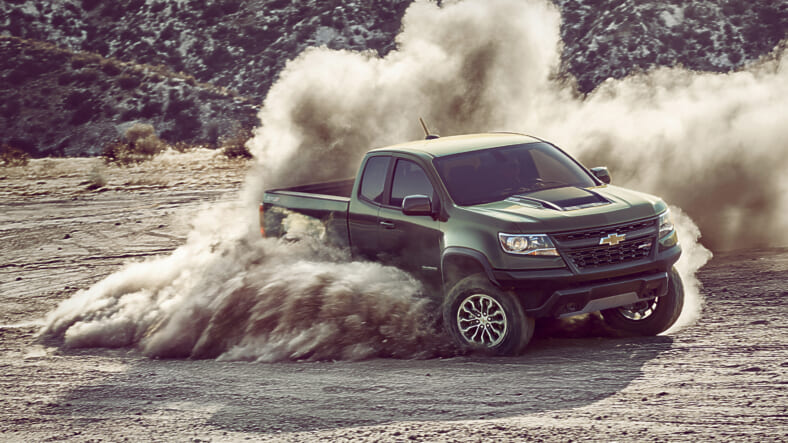 The ordinarily mild-mannered Chevrolet Colorado mid-sized truck is a frugal, fuel-efficient sensible alternative to full-size truck in its regular guise. But outfitted as the ZR2, the Colorado features a wider track, a two-inch lifted suspension and front and rear bumpers that have tapered ends for increased clearance for the tires.

The suspension, which is widened by 3.5 inches, now includes rugged cast iron control arms for durability.

The Colorodo’s least-visible and most important feature is the use of Formula One-grade Multimatic Dynamic Suspensions Spool Valve shock absorbers like the ones seen previously on the 2014 Camaro Z28.

Indeed, the Multimatic shocks on the ZR2 are more advanced than those on F1 racers because they include additional valving circuits for off-road response, in addition to the pair of spool valves that control compression and rebound damping for on-road driving.

“You can go rock crawling on Saturday, desert running on Sunday, and comfortably drive to work on Monday. This truck can do it all, and do it all well,” crowed Mark Reuss, General Motors’ executive vice president for product development.

We can’t wait to test that claim for ourselves.