Bow Down To the 2019 Chevy Corvette ZR1, The Fastest And Most Powerful Vette Ever

This 755 horsepower beast is here to blow your mind. 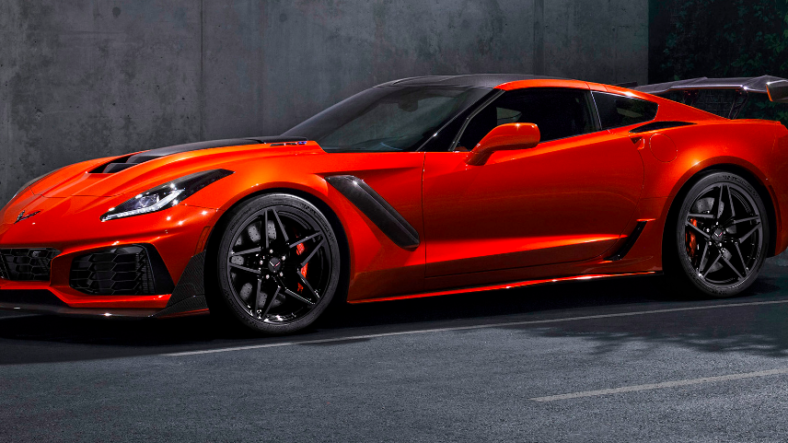 Chevy just unleashed the fastest, most powerful Corvette ever with it’s 755-horsepower, 2019 ZR1 that kicked off the 2017 Dubai Motor Show. With an estimated top speed of 210 mph, this fearsome beauty is set to be the fastest and most powerful Vette to ever hit the streets.

The ZR1 designation has been applied to the most advanced and powerful Corvette variants in the past, including the 375-horsepower Lotus-engineered double-overhead cam, 32-valve 1990 C4 Corvette and the 636-horsepower supercharged C6 machine of 2013.

Unlike too many other ultra-performance machines in showrooms today, the ZR1, which is set to be will be available with an enthusiast-pleasing 7-speed manual transmission, in addition to the commuter-friendly 8-speed automatic.

The Z06 has been plagued with cooling headaches, as the sleek Corvette body provides little opportunity to capture the needed air to cool such a powerful engine.

The ZR1 was designed with airflow in mind, both to provide suitable stability to keep the Corvette planted on the road at speed (the rear wing applies 950 pounds of traction-enhancing aerodynamic downforce at high speed) as well as the flow of air to the ZR1’s 13 heat-exchanging radiators (that’s four more than the Z06 has).

The hood itself has a giant opening in the middle that exposes the entire supercharger and intercooler assembly to cooling outside air. Chevy calls this a “halo” hood. Considering the temperatures beneath it, maybe a conventional closed would be a “hell” hood.

Maxim hasn’t driven the new ultra-Corvette yet, so for now we’ll have to take the word of Mark Reuss, GM’s executive vice president of product development, who drives all of the company’s new cars and benchmarks them against competitors’ finest.

“I’ve never driven a Corvette like this before, and nobody else has either, because there’s never been one like this before,” he stated. “It’s unprecedented performance puts all other global supercars on notice that the ZR1 is back.”