Special ‘Redline’ Edition Chevys Are Coming to Rule the Streets

Could this Camaro look any more badass? 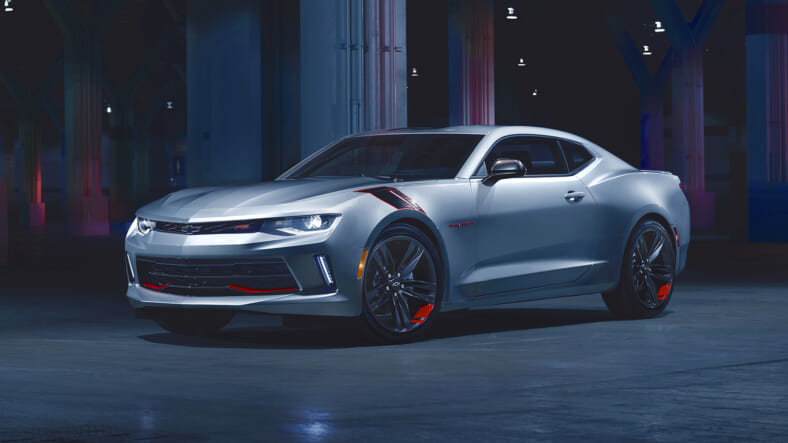 Following its concept debut at the 2015 Specialty Equipment Market Association show in Las Vegas, Chevrolet is putting the Redline special edition design package into production across its model line for 2017.

Each model has its own cues, such as the red tow hooks on the Silverado and Colorado Redlines and the Camaro Redline’s black hash marks above the wheels, which refer to similar stripes used during Chevy’s history in motorsports.

“Redline is another example of Chevrolet bringing SEMA concepts to showrooms,” said Brian Sweeney, Chevrolet vice president. “Based on the strong interest Redline attracted at the show, we believe they will be very popular with customers looking for standout cars, trucks, and crossovers.”

Chevy will rollout Redline editions one model at a time, with all the included models available by the end of the year. In addition to the Camaro, Silverado and Colorado, there will also be Redline versions of the Malibu, Cruze, Trax, Equinox and Traverse.